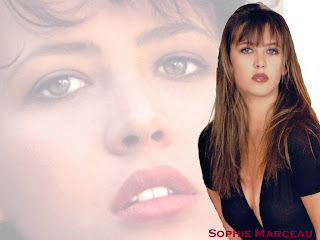 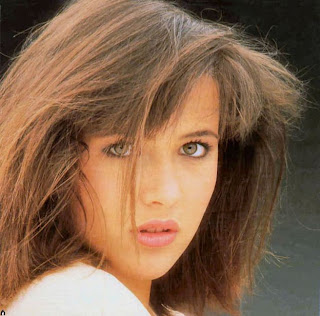 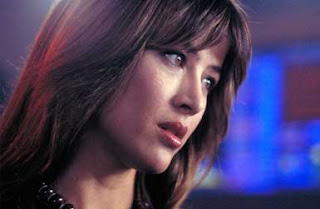 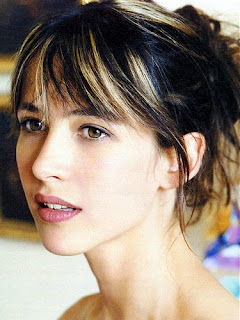 World Famous People (Actress) - Sophie Marceau was born Sophie Danièle Sylvie Maupu in the Paris suburbs on the 17th November 1966 a second child for her parents - Benoît and Simone and a sister for Sylvain who was born three years earlier.
Sophie's childhood was spent at first in Chelles and later in a council flat in Gentilly although she spent a lot of her time at her parents brasserie Le Pharaon, rue Crozatier in the 12th arrondissement of Paris.

At the age of twelve, Sophie was looking unsuccessfully for a job to occupy her during the school holidays when her mother suggested, jokingly, that she register with a baby modelling agency whose advert she had seen in the newspaper.
Although obviously not a baby, she agreed and went along for an interview accompanied by her mother. The agency told her she was too old for their requirements but went ahead and photographed her anyway.
Later she was contacted by the agency who informed her that Gaumont were to audition teenagers for a new film and suggested that she attend.

Sophie noted the address and went to the audition with her father. The scene that greeted her was a long corridor full to overflowing with teenagers and their parents awaiting their turn to be interviewed and to audition.
Her father wanted to leave but Sophie persevered and was eventually the 52nd teeneager to be seen by Françoise Menidrey, Casting Director for Gaumont.
Sophie was asked to return the following week in order to meet the Director, Claude Pinoteau. She returned as requested in the company of her brother.
During the following weeks, Sophie returned several times to complete further auditions, screen tests, etc. and was offered the lead role in Claude Pinoteau's forthcoming film La Boum (The Party).

The film La Boum was released in 1980 and was an immediate success. Sophie Marceau became a household name, a star at the age of fourteen.