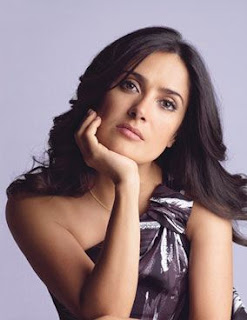 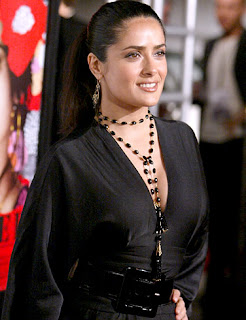 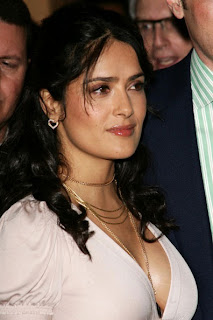 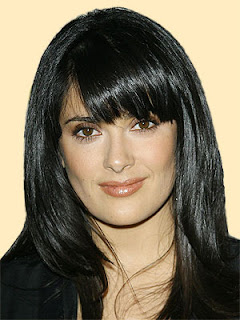 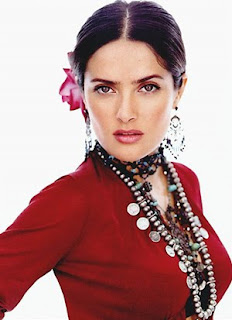 World Famous People (Actress) - Salma Hayek is an actress, director, producer. Born on September 2, 1966 in Coatzacoalcos, Veracruz, Mexico. Raised in a well-to-do Catholic home, Hayek is the daughter of a Spanish mother and Lebanese father. She attended a convent school in Louisiana at the age of 12 and lived with her aunt in Houston, Texas, during her teens. After a brief stint at a university in Mexico City, she dropped out to pursue a career in acting, eventually becoming a soap star in her native Mexico.

In 1991, the ambitious Hayek moved to Los Angeles, determined to improve her English and become a Hollywood actress. After small gigs, she landed a role opposite Antonio Banderas in 1995's Desperado. The success of the film garnered her work in relatively lackluster movies, including the teen thriller The Faculty, 1999's Wild Wild West and 1997's Fools Rush In. Subsequently, Hayek became engaged with smaller, independent pictures and started her own production company, Ventanarosa.

Hayek's increasingly intellectual and passionate approach to filmmaking culminated in her dream role in 2002's Frida, in which she both produced and starred. The film was nominated for six Academy Awards, including a Best Actress nomination for Hayek, who was the first Latin actress to be nominated in the category.
Large-scale projects followed the success of Frida, including directing 2002's The Maldonado Miracle, starring in the final episode of the Desperado trilogy, Once Upon a Time in Mexico, and appearing in the heist thriller After The Sunset with Pierce Brosnan.

Emmy-winner and Oscar nominee Salma Hayek is executive producer of the hit television series Ugly Betty which is based on the Colombian telenovela "Yo Soy Betty La Fea." The show premiered on ABC in September 2006 and won a Golden Globe for Best Comedy in 2007. Also in 2007, the show's star, America Ferrera, won the Emmy Award for Outstanding Lead Actress in a Comedy Series.

Demonstrating her comedic skills, Hayek made a series of guest appearances on the popular sitcom 30 Rock in 2009. She played a nurse who becomes romantically involved with a television network executive played by Alec Baldwin. She is also slated to appear opposite Adam Sandler in upcoming comedy Grown Ups.
Engaged to luxury goods Francois-Henri Pinault, Hayek gave birth to daughter Valentina Paloma Pinault on September 21, 2007, in Los Angeles. The couple later married on Valentine's Day in 2009 in Paris and held a second ceremony soon after in Venice. Hayek previously dated several actors, including Edward Norton, Edward Atterton, and Richard Crenna, Jr.