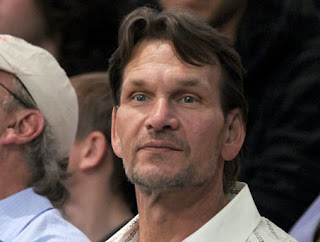 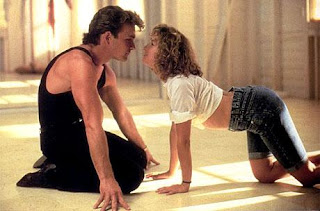 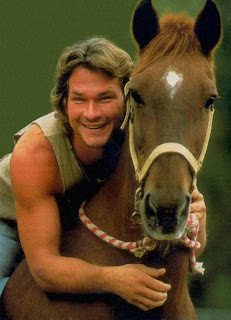 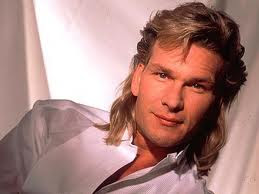 World Famous People (Actor) - Patrick Wayne Swayze born on August 18th, 1952, in Houston, Texas. Swayze and his four siblings were raised by their parents Patsy and Jesse Swayze. Swayze's mother, director of the Houston Jazz Ballet Company, introduced her son to dance at an early age.
While still in grade school, Swayze developed a love for ballet and was often teased by fellow classmates. Throughout high school, he set aside his dance career to concentrate on athletics — juggling gymnastics, swimming, and football. After graduation, he was offered both athletic and dance scholarships. He opted for athletics and enrolled at San Jacinto College in Houston, Texas, where he focused on gymnastics. Two years later, Swayze left school to tour with the Disney on Parade ice show, as Snow White's Prince Charming.
After touring, Swayze returned home, where he fell in love with Lisa Niemi, his mother's 16-year-old dance student. In 1972, he traveled to New York City to pursue a dance career. After Lisa's high school graduation, she joined Swayze in New York, where the couple trained with the Harkness and Joffrey Ballet companies. Swayze and Niemi were married in 1975.
Having renewed his dedication to ballet, Swayze was soon hired as a principal dancer with the Eliot Feld Ballet Company. His success was cut short when an old football injury required that he undergo knee surgery. The operation, coupled with the infection that followed, caused Swayze to leave the prestigious Feld Company.
In 1976, he redirected his efforts toward stage acting, and made his Broadway debut in Goodtime Charley. He later appeared in West Side Story, and in 1978, he won the leading role in the musical Grease. Swayze's high-profile performance as Danny Zuko led to many television and movie offers.
Eventually, his stage success brought him to Hollywood, where he made his film debut as a vigilante roller skater in Skatetown, U.S.A. (1979). Swayze experienced a milestone in 1983, when director Francis Ford Coppola cast him in The Outsiders, alongside future stars Tom Cruise, Matt Dillon, and Emilio Estevez.
In 1981, Swayze added television to his repertoire with a notable portrayal of a leukemia patient on the series M*A*S*H. He is also credited for his work in the 1985 miniseries North and South along with the 1986 sequel. During the mid-80s, Swayze appeared in a few forgettable films, including Red Dawn and Grandview, U.S.A. (1984). However, the release of the surprise hit Dirty Dancing (1987) brought Swayze instant celebrity and established him as Hollywood's newest heartthrob. The film featured him as the misunderstood dance instructor Johnny Castle, a role that earned him a Golden Globe nomination.
Dirty Dancing also allowed Swayze to pursue a singing career. Inspired by his relationship with his wife, Lisa, Swayze penned the song "She's Like the Wind" for the film's soundtrack. "I had been meeting girls with names like Mimi and Angel. And for a long time I didn't feel like I deserved her," Swayze told People magazine. "I just felt at that time that I'm very, very lucky to have a woman who thinks I hung the moon." The song resonated with music fans, and the single catapulted to No. 3 on the Billboard Hot 100 and No. 1 on the Billboard Adult Contemporary chart.


In 1989, Swayze starred in two action features, Road House and Next of Kin, which both enjoyed modest success at the box office. A year later, he fought for and won the lead role in Jerry Zucker's romantic drama Ghost (1990). The film, which co-starred Demi Moore and Whoopi Goldberg, revived Swayze's struggling career. Ghost grossed over $200 million and earned Swayze a second Golden Globe nomination.
After Lisa had a miscarriage in 1990, the couple gave up on having children. Instead, they invested their time and love on their ranch full of dogs, horses, and cattle. "We're a team," Swayze said of he and his wife. "A relationship survives because of keeping the friendship alive and learning how to fall in love over and over again and never taking the other person for granted and seeing things in a new light with new eyes. We're big believers in, arguments are okay as long as it's not about your ego, but it's about a mutual goal—trying to create something special."
As Swayze's relationship with his wife grew stronger, his career also continued to shine when he adorned the cover of People magazine as "The Sexiest Man Alive" in 1991. He later partnered with Keanu Reeves in the action-adventure Point Break (1991), followed by 1992's City of Joy. Both films met with moderate success, and Swayze's rise to superstardom seemed to taper off for the next few years.
In 1995, Swayze teamed up with fellow actors Wesley Snipes and John Leguizamo to play a trio of drag queens in the comedy To Wong Foo, Thanks for Everything! Julie Newmar. Swayze's performance as Vida Boheme won him a third Golden Globe nomination in 1996.
In 1997, Swayze broke his right leg in a horse-riding accident while filming Letters From a Killer (1998). In the late 1990s, a serious drinking problem and several unsuccesful films severely hampered the actor's career. He admitted himself into a rehab clinic, after which he and his wife Lisa retreated to their ranch in the foothills of the San Gabriel Mountains in Texas.
Despite his struggles, he continued to make films, starring in the romantic comedies Forever Lulu (2000) with Melanie Griffith, and Wakin' Up In Reno (2002), co-starring Natasha Richardson and Charlize Theron. He also wowed audiences once again with his proficiency as a dancer in the romantic dramas, One Last Dance (2003) and a sequel to his popular Dirty Dancing feature, Dirty Dancing: Havana Nights (2004).
Swayze also showed audiences his range as an actor with a series of successful independent films. In Donnie Darko (2001), Swayze played a television personality with a dark secret. The psychological thriller debuted as a limited release, showing in only 58 screens nationwide and gaining only mild attention at the box office. The film became an instant cult hit when it was released to video, however, earning DVD sales of more than $10 million. The film was also successful with critics, and was touted as the best independent film of 2001.


His next film, 11:14 was also an independent thriller with a limited box office release. Swayze played Frank, the father of a girl who is in a mysterious accident. The movie received positive reviews from critics, and opened the actor to more serious acting roles in films such as the 2007 thriller, Jump! and Powder Blue, which is slated for release in 2009.
New challenges came for Swayze in March of 2008, when he discovered he had stage IV pancreatic cancer. The diagnosis didn't seem to phase the actor, who remained optimistic as he continued to take on new film and acting roles. Swayze's most recent project was the A&E series, The Beast, in which the actor starred as FBI veteran and loose cannon, Charles Barker.
On September 14, 2009, Patrick Swayze's struggle with cancer came to an end. He died after more than 20 months battling his illness. He was among family and friends at the time of his passing.
© 2009 A&E Television Networks. All Rights Reserved.