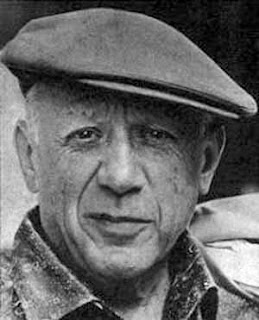 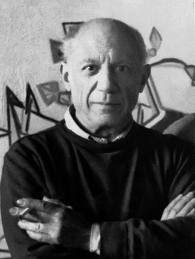 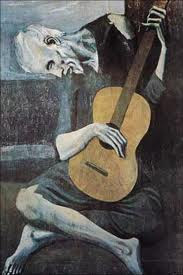 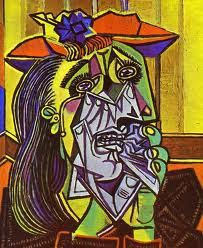 Pablo Ruiz Picasso (full name Pablo Diego José Francisco de Paula Juan Nepomuceno María de los Remedios Cipriano de la Santísima Trinidad Clito Ruiz y Picasso) that known as Pablo Picasso. Pablo Picasso was a Spanish painter, sculptor, printmaker, ceramicist, and stage designer was born on the 25th October, 1881 in Malaga in Spain. Pablo Picasso was the first son of Jose Ruiz y Blasco and Maria Picasso y Lopez. His father was a painter and a professor of art at the School of Crafts and the curator of a local museum. Picasso learn the basics of art from his father. Picasso also attended the Academy of Arts in Madrid, but dropped out within a year of joining it.

He made his first trip to Paris in 1900 and loved the city. He lived with a friend Max Jacob who was a journalist and a poet. Max worked in the day and slept in the night, while Picasso slept during the day and worked during the night. Those were hard times for Picasso and he burned many of his paintings to keep himself warm.

In 1901, Picasso started a magazine called ‘Arte Joven’ in Madrid with his friend Soler. He completely illustrated the first edition of the magazine. It was at this point that he began to sign his paintings as simply ‘Picasso’ rather than ‘Pablo Ruiz y Picasso’.

While in Paris, Pablo Picasso had a propensity for entertaining and had among his friends people such as Andre Breton and Gertrude Stein. Picasso also had an active love life and usually had several mistresses along with a wife or a primary partner.

All the paintings by Pablo Picasso are usually classified into various ‘periods’ based on the moods and styles of the paintings. These, in turn, were largely affected by his personal and love life.

His real work and career as a painter is said to begin around 1894 with a painting called ‘The First Communion’ which showed his sister Lola, and the more famous painting by Pablo Picasso called ‘Portrait of Aunt Pepa’. In 1897, his realistic style of painting became influenced by Symbolism and came across in a series of landscapes where he used violet and green tones in the colors.

From 1899 to 1900 was a period where Picasso was creating paintings in a Modernist style which emerged due to his influence and exposure to the works of Rossetti, Edward Munch etc.

1901 to 1904 is called Picasso’s Blue Period because many of his paintings in that time were in the shades of blue and blue-green. The subjects of these paintings were prostitutes and beggars. Some of the famous paintings by Pablo Picasso during this period were ‘La Vie’, ‘The Blindman’s Meal’ and a portrait called ‘Celestina’. An etching called the ‘Frugal Repast’ also reflected his somber mood of the time. Blindness and destitution were an integral part of this theme of paintings. It was also during this time, that he began using the image of a harlequin, in checkered clothing, as his personal motif in his paintings.

1905 to 1907 is called Picasso’s Rose Period where his paintings became cheerful with the use of orange and pink colors. There were many harlequins also featured.

1907 to 1909 is called his African Influenced Period where his drawings were inspired by African artifacts. A good example of this period is his painting titled ‘Les Demoiselles d’Avignon’.

1909 to 1912 is called Picasso’s Analytic Cubism Period. This style of painting was developed along with Georges Braque and was characterized by the use of monochrome brown colors. He took the objects apart and analyzed them within the medium of his paintings.

1912 to 1919 is called Picasso’s Synthetic Cubism Period where he began to use collage in his art. He would add paper fragments of wallpaper or newspaper pages and paste them into his work.

During the 1930s he returned to a more neo-classical style of painting. Another major change was the use of the Minotaur as his motif, rather than the harlequin in his paintings. His famous painting called ‘Guernica’ depicted the brutalities, and the hopelessness induced by war.

In the 1950s he started reinterpreting the works of great masters, including Velazquez, Goya, Manet and Delacroix.

In 1967, the Chicago Picasso was unveiled. A huge 50 foot sculpture made on abstract themes defies interpretation. It could be a woman, or a bird or a horse or quite simply anything. Picasso did not take the $100,000 payment offered for it, but donated it all to the people of the city.

From 1968 to 1971 he produced several paintings and copperplate etchings in the style now known as neo-expressionism. When these paintings were made, they were dismissed by critics as being the ‘pornographic fantasies of an old man’ and the ‘incoherent scribblings of a frenetic old man’.

Along with his art, Picasso’s love life was also always a center of attraction for his fans.

In 1904, Picasso began a relationship with Fernande Olivier who appears in some of his Rose Period Paintings.

Picasso left her for Marcelle Humbert, who he used to call Eva, and declarations of his love for her are seen in his Cubist paintings.

In 1918, Picasso married Olga Khokhlova who was a ballerina in Sergei Diaghilev’s troupe. Picasso was designing a ballet for him called ‘Parade’ in Rome. She was fond of high society life and introduced Picasso to it. They had one son, called Paulo. Her socializing and Picasso’s bohemian lifestyle clashed often and their marriage was not successful. They separated when Picasso began a secret affair with 17 year old Marie-Therese Walter. Since the French Law required that Picasso give half of his property to Khokhlova upon divorcing her, and since Picasso did not want her to have half of his wealth, they never divorced, but remained separated till she died in 1955.

Picasso continued his affair with Maria-Therese for a long time, and even had a daughter called Maia with her. She lived in the hope that he would marry her some day, which Picasso never did. Four years after Picasso’s death, Maria-Therese hanged herself.

Photographer and painter Dora Maar was also a constant companion and a lover of Picasso during the 1930s and early 1940s. She even documented the painting of the ‘Guernica’.

In 1944, Picasso began an affair with a young art student called Francoise Gilot. They had two children, Claude and Paloma. She was the first woman in Picasso’s life who left him because of his many infidelities. This was in 1953. Picasso was greatly disturbed by this. He was in his 70s now and began to see his old age from a very depressing point of view.

He had a six week long affair with a beautiful and young girl called Genevieve Laporte, probably on the rebound.

Then he met Jacqueline Roque who worked at Madoura Pottery where Picasso made and painted ceramic art. They were together till Picasso’s death. They married in 1961 so that Picasso could take revenge on Gilot.

Gilot, with Picasso’s encouragement, filed divorce with her husband and then was going to marry Picasso in order to legitimize the status of her two children and secure their rights. But when Gilot filed the divorce papers, he went ahead and secretly married Roque to foil her attempts and thus got revenge for her leaving him.

Pablo Picasso died on the 8th of April, 1973 while he and his wife Jacqueline were entertaining friends for dinner. His last words were: ‘Drink to me, drink to my health, you know I can’t drink anymore.’
By Madhavi Ghare