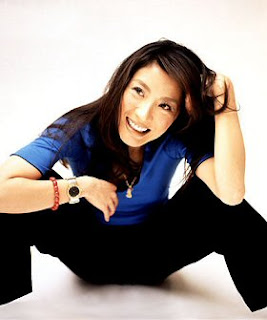 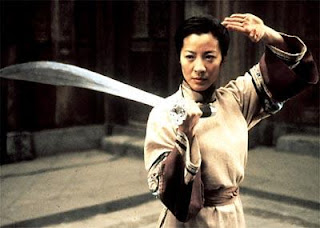 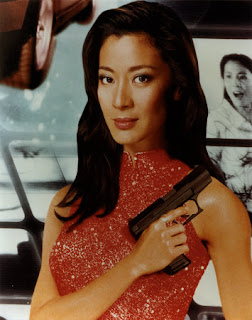 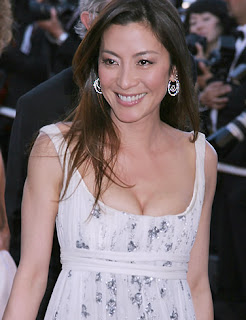 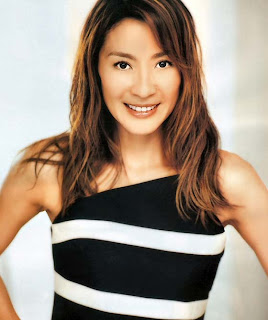 World Famous People (Actress) - Michelle Yeoh is an actress, dancer.  Michelle Yeoh was born Yeoh Chu-Kheng in the mining town of Ipoh in Western Malaysia, on August 6, 1962. Yeoh's ethnically Chinese parents taught her Malay and English long before she learned Cantonese. A tomboy and an athlete as a young girl, she began ballet dancing at the age of four. When she 15, her father sent her to England to study at London's Royal Academy of Dance, where she eventually earned a B.A. Though a back injury ended her career as a ballerina, she returned to her home country to be crowned Miss Malaysia of 1983. From there, she appeared in a television commercial with Jackie Chan, which caught the attention of filmmakers. In her first movie, Owl vs. Dumbo (1984), she played a diffident damsel in distress. However, Michelle realized that she could do the stunts like anyone else and that she didn't want to be typecast as a love interest.

After appearing as a judo instructor in The Target (1985), she had her breakthrough role in Yes, Madam (1985), an action comedy starring martial arts champion Cynthia Rothrock. Because she didn't know any martial arts before signing on to the film, Yeoh reportedly spent nine hours a day in the gym, learning to take a punch. With elegant beauty and a killer high kick, Yeoh became one of Hong Kong's biggest female action stars, appearing in films at a dizzying rate and always performing her own stunts.

Michelle Yeoh retired from the movie business to marry film executive Dickson Poon in 1988 and retreated to a life of quiet domesticity. The marriage did not last long. The couple divorced in 1992. Yeoh's career came roaring back after her show-stopping performance in 1992's Police Story 3: Super Cop. She also became known to western audiences by teaming up with James Bond to save the world in 1997's Tomorrow Never Dies and in the 2000 Oscar-winning epic Crouching Tiger, Hidden Dragon directed by Ang Lee. In 2007, she starred in Sunshine, a science fiction thriller from director Danny Boyle.
© 2010 A&E Television Networks. All rights reserved.