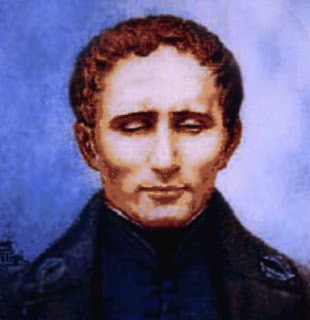 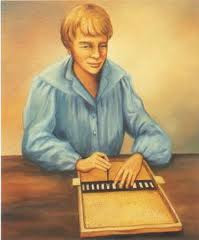 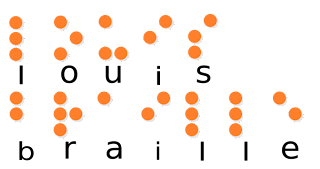 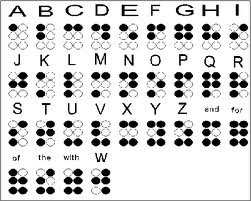 World Famous People - Louis Braille (1809-1852). Six dots. Six bumps. Six bumps in different patterns, like constellations, spreading out over the page. What are they? Numbers, letters, words. Who made this code? None other than Louis Braille, a French 12-year-old, who was also blind. And his work changed the world of reading and writing, forever.


Louis Braille was from a small town called Coupvray, near Paris—he was born on January 4 in 1809. Louis became blind by accident, when he was 3 years old. Deep in his Dad's harness workshop, Louis tried to be like his Dad, but it went very wrong; he grabbed an awl, a sharp tool for making holes, and the tool slid and hurt his eye. The wound got infected, and the infection spread, and soon, Louis was blind in
both eyes.


All of a sudden, Louis needed a new way to learn. He stayed at his old school for two more years, but he couldn't learn everything just by listening. Things were looking up when Louis got a scholarship to the Royal Institution for Blind Youth in Paris, when he was 10. But even there, most of the teachers just talked at the students. The library had 14 huge books with raised letters that were very hard to read. Louis was impatient.


Then in 1821, a former soldier named Charles Barbier visited the school. Barbier shared his invention called "night writing," a code of 12 raised dots that let soldiers share top-secret information on the battlefield without even having to speak. Unfortunately, the code was too hard for the soldiers, but not for 12-year-old Louis!

Louis trimmed Barbier's 12 dots into 6, ironed out the system by the time he was 15, then published the first-ever braille book in 1829. But did he stop there? No way! In 1837, he added symbols for math and music. But since the public was skeptical, blind students had to study braille on their own. Even at the Royal Institution, where Louis taught after he graduated, braille wasn't taught until after his death. Braille began to spread worldwide in 1868, when a group of British men, now known as the Royal National Institute for the Blind, took up the cause.


Now practically every country in the world uses braille. Braille books have double-sided pages, which saves a lot of space. Braille signs help blind people get around in public spaces. And, most important, blind people can communicate independently, without needing print.

Louis Braille proved that if you have the motivation, you can do incredible things.