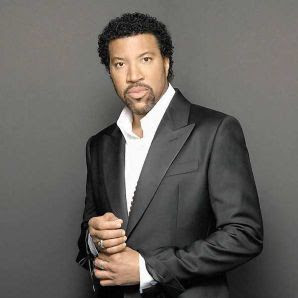 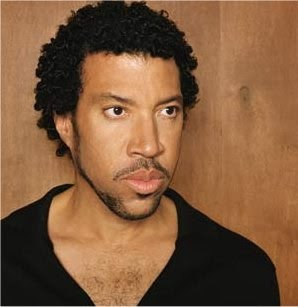 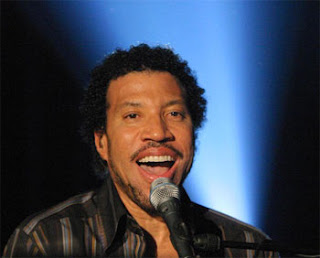 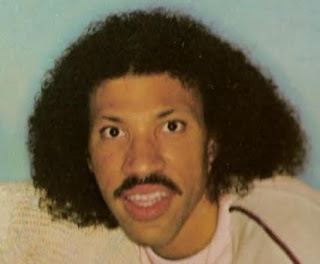 World Famous People - Lionel Richie (singer) was born on June 20, 1949, Tuskegee, AL. You can comb the incredible statistics surrounding Lionel Richie's amazing career and still miss something. You can factor in the nearly 60 million albums sold, the five Grammy's, twenty two top ten hits, an Oscar for best song, a golden globe, a treasure chest of People's choice and American Music Awards too numerous to count, and a discography of albums and singles that navigate an emotional landscape that only few writer/performers have ever truly captured-- and still not see what may be the key to this incredible musical legacy.

That the real story behind Lionel Richie is quintessentially an American one.

Raised in Tuskegee, Alabama, he has built a life out of doing precisely what people presumed he could not. "Growing up if you told me to go left, I would go right," laughs Lionel. "If you brought me into a room and said there's one door that I absolutely cannot open, that's the door I'm going to open." And just like the legends he admires, from Sinatra to Santana, Lionel knows what it's like to hear a door close, as well. He's survived the rollercoaster ride of the music business by refusing to let others define him. The Lionel Richie story has always been about making that leap of faith with no net.

Now, as Richie begins his fourth decade of making music, that metaphor is more than appropriate for his soon to be released album Renaissance. Collaborating with renowned producers Walter Afanasieff, Rodney Jerkins (who has produced superstars Mariah Carey, Whitney Houston, Brandy, among others) and British producer Brian Rawling (Cher, Enrique Iglesias, among others) and Mark Taylor, Lionel has come to realize the new album reflects his indomitable curiosity and his refusal to ever be pigeonholed. With Renaissance, Richie has once again gone for the surprise rather than the sure thing.

"Making a new record is always a mystery. It's an affirmation into the unknown. I'll never forget when I was with the Commodores," he reminisces. "We were straight ahead R&B, and the producers and record company expected that from us, and that was that. In the middle of the disco craze I sat down and wrote a song called 'Three Times A Lady,' and they said I was out of my mind. I'll never forget a radio programmer looked me right in the eye and said 'you are either the craziest man who ever lived, or the bravest, for releasing this song now.' I have never written with a specific sound in mind. When the song comes I just try and be ready."

Lionel has achieved his amazing run by relating simply and honestly to the people who now celebrate his records as quintessential moments in their lives. Renaissance--if anything--is dedicated to the notion that while it is a mystery as to where such a gift comes from, there's always a thankfulness for its arrival.

"Marvin Gaye once told me 'you can find out where it all comes from if you want, but don't ever go looking for it.' I've never forgotten that. People have asked me my whole career 'where do the songs originate?' There is no formula. But I readily admit there is nothing quite has humbling as a microphone hanging in the middle of a room, while you are sitting there in front of a blank piece of paper trying to get that next song done."

Take heart, however, that with Renaissance, Lionel was able to accomplish his mission and more. "Working with Rodney and his people was a wonderful experience. It reminded me of the early days of the Commodores, the way they are having fun, knowing that whatever they're involved with can do no wrong. There was a spirit and an attitude there that I could relate with." That spirit soars on tracks such as "Tonight." For even more of a change of pace, Lionel flew to London to work with Rawling and Taylor.

"I really enjoyed it. We were in this little studio away from all the glitter and nonsense of a Hollywood recording studio. It had this little recording board downstairs. Before, if I needed a European feel or a dance mix I'd add it later. Here I wanted to do things differently. Sometimes you have to go to where the vibe is strongest. We did one song 'Angel,' that I'm particularly proud of. For me it has a double meaning. It's about a person being around for a long time and always being there for you. I also want it to be a tribute to my fans. I never take it for granted how in many ways they've watched over me. Sometimes I'll write a song thinking how it will play from the stage. I try to think how it will work on the road, how the fans will react to it. What is the message I want to give? I've never forgotten that on my worst day, (no matter what has befallen me,) I could walk out on to the street and someone will say 'How's it going Lionel.' "We love your music, Lionel.'

Lionel's rapport with his fans is legendary. Not only do they sing along at all his concerts all over the world, but the 'first name basis' he's earned in their hearts has been protocol since his days with the Commodores. When he left the group in 1981 to pursue a solo career, his fans rolled with him. They watched Lionel become one of the most successful artists of the '80's, earning a string of 13 top ten hits between 1981 and 1987, including five number 1 singles "Endless Love," "Truly," "All Night Long (All Night)," "Hello," and "Say You (Say Me.") His 1982 self titled album established a run of platinum plus discs throughout the 80's. Can't Slow Down (released in 1983) sold 20 million units worldwide and 1986's Dancing On The Ceiling became a pop and R&B classic (and included the Oscar nominated song "Say You Say Me). Richie also, somehow found time to co-write with Michael Jackson what eventually would become pop's most famous anthem, the Live-Aid tune "We Are The World."

With all the hoopla surrounding his incredible achievements, Lionel began tempering his work schedule in the '90's, taking a self imposed respite from the rigors of touring and recording. A recurring throat problem, compounded by an arduous divorce also caused him to re-examine his priorities. "There was a lot of growth, a lot of introspection during that time," he recalls painfully. 1996 saw him emerge with the critically acclaimed Louder Than Words, which Lionel says "revealed another level of maturity in my work because of what I went through."

He followed that up with 1998's Time. Inspired by a new family, Lionel began work on the disc soon after Louder Than Words. "I didn't tour after 'Louder Than Words,' which was unusual for me. That album cleared the air a lot. It got rid of a lot of baggage. 'Time' was a healing record."

Having completed a sell-out tour in the US with Tina Turner this past summer, Richie earned rave reviews and won over a legion of new fans. "Being back on the road is a bit like riding a bike when you've been away a while. The first time you step on stage may feel a bit clumsy but after the third song it feels as if you've never been away. I was completely amazed that after time out, so many people knew every word to the songs and I 'm hoping with the new album that I'll be able to add a few more classic tracks for the years to come."

With Renaissance, set for release on March 20, 2001, Lionel Richie will once again show the world the depth and breadth of his unique talents.