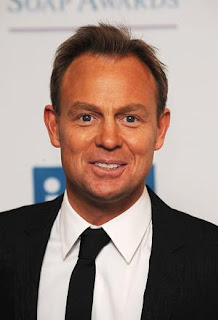 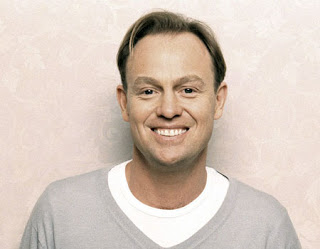 Jason Donovan was born in Malvern and he is the son of Australian actor Terence Donovan, who has appeared in Neighbors as Doug Willis; and his mother is Sue McIntosh. He has a half-sister who is former Neighbors star Stephanie McIntosh. He went to De La Salle College, Malvern. Angela Malloch is his partner since 1998 and the mother of his children she is a former stage manager.

When he was 11 years old he made his first television appearance on the Australian series Skyways, playing a guest role. In the episode his on-screen sister's role was played by Kylie Minogue. He also acted in I Can Jump Puddles before reaching fame in 1986 in the soap opera Neighbors as Scott Robinson, instead of actor Darius Perkins who had played the role for the first year of the series. His character's most notable story arc was his onscreen romance and wedding to Charlene Robinson.

In 1987 he won his first Logie Award for "Best New Talent" in 1987 and received an award in the category "Performance by a Male Actor In a Series" from the Television Society of Australia's Penguin Awards. In 1988 he was rewarded the 'Silver Logie' for the "Most Popular Actor" on Australian television.

In addition to his accepted role in Neighbors, he appeared as "Happy Houston" in the 1988 Australian World War II mini-series The Heroes, based on the historical novel by Ronald McKie. He won the 1990 Logie Award for "Most Popular Actor in a Mini-Series".

Birth name: Jason Sean Donovan
He has two children, a daughter, Jemma who was born on 28 March 2000 and a son, Zach who was born on 23 March 2001. Donovan and Malloch were married in Bali in 2008.
Height: 6' (183 cm)
Occupations: Singer, actor, radio and TV presenter
Being born on Jun 01, Jason is a Gemini.
Jason dated Kylie Minogue and amongst other amorous encounters was Angela Malloch.

Jason is a great Australian singer and actor who with his sweet voice and fantastic acting pulled the crowd towards him.

Why is Jason Donovan famous?

He is famous mostly in the UK because he sold more than 3 million records, and his debut album "Ten Good Reasons" was the highest-selling album of 1989 with sales of over 1.5 million copies. He has had four UK No. 1 singles, one of which was "Especially for You", his 1988 duet with Kylie Minogue. In more recent years, he has returned to acting on television and in stage musicals.