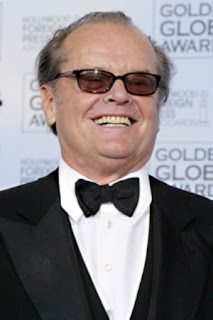 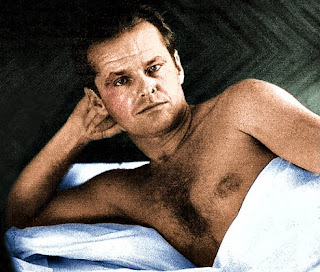 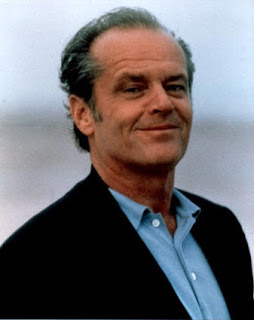 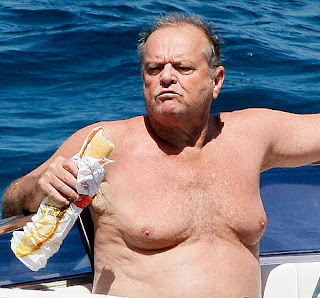 World Famous People - Jack Nicholson (actor) was born on April 22, 1937, Neptune, N.J., U.S. He is one of the most prominent American motion-picture actors of his generation, especially noted for his versatile portrayals of unconventional, alienated outsiders.

Nicholson, whose father abandoned his family, grew up believing that his grandmother was his mother and that his mother was his older sister; it was not until he had attained fame that Nicholson himself learned the truth. After graduating from high school, he moved to California, where he took an office job in Metro-Goldwyn-Mayer's animation department. During the years 1957–58 he performed on stage with the Players Ring Theater in Los Angeles and landed some small roles on television. About this time he met B-film king Roger Corman, who offered him the leading role in his low-budget film The Cry Baby Killer (1958). Nicholson spent the next decade playing major roles in B-films (including several more for Corman), occasional supporting roles in A-films (such as Ensign Pulver, 1964), and guest roles on such television series as The Andy Griffith Show. He also dabbled in screenwriting, with his best-known credits being Corman's LSD-hallucination film The Trip (1967) and the surrealistic romp Head (1968), a box-office failure starring the Monkees that has since attracted a cult following.
Nicholson's big break finally came with Easy Rider (1969), a seminal counterculture film starring Peter Fonda and Dennis Hopper as drifting, drug-dealing bikers and Nicholson in a scene-stealing, Oscar-nominated supporting performance as an alcoholic lawyer. Nicholson's newfound stardom was secured with his leading role in Five Easy Pieces (1970), an episodic, existentialist drama and a major entry in Hollywood's “art film” movement of the early 1970s. Nicholson's portrayal of a man alienated from his family, friends, career, and lovers garnered him an Oscar nomination for best actor. His next successful film, director Mike Nichols's Carnal Knowledge (1971), was a darkly humorous condemnation of male sexual mores; it was perhaps mainstream Hollywood's most sexually explicit film to date. Nicholson's performance as an emotionally empty, predatory chauvinist showcased his talent for interjecting humour into serious situations as a means to underscore inherent irony—typically, his darkest characters are wickedly funny.

Nicholson earned another Oscar nomination for The Last Detail (1973), in which he portrayed a rowdy military police officer who reluctantly escorts a young sailor to military prison. He next starred in Roman Polanski's Chinatown (1974), an homage to the film noir detective films of the 1940s and a widely acknowledged cinematic masterpiece. Nicholson's brilliant performance as stylish private eye Jake Gittes, who realizes too late his impotence in the face of wealth and corruption, earned him a fourth Oscar nomination. The actor capped this highly successful period with his first Oscar win, for One Flew over the Cuckoo's Nest (1975), in which his iconoclastic, free-spirited characterization of mental institution inmate R.P. McMurphy serves as a metaphor for the hopelessness of rebellion against established authority. Other notable Nicholson films from this period include Michelangelo Antonioni's Professione: reporter (1975; The Passenger), in which Nicholson portrays a depressed reporter who assumes a dead man's identity, and Tommy (1975), director Ken Russell's garish production of the Who's rock opera, featuring Nicholson in a supporting singing role as the title character's doctor.

His stardom assured, Nicholson worked sporadically during the next few years. He costarred with Marlon Brando in the Arthur Penn western The Missouri Breaks (1976), an uneven yet compellingly quirky film; and he directed and starred in another revisionist western, Goin' South (1978). His next notable role was in director Stanley Kubrick's The Shining (1980); an adaptation of the Stephen King novel, it is a film over which critical opinion remains divided but the one with Nicholson's ax-wielding rampage—culminating in his demonic cry of “Heeeere's Johnny!”—that became one of the indelible cinematic images of the era. Nicholson appeared in several quality films during the 1980s, garnering further Academy Award nominations for Reds (1981), Prizzi's Honor (1985), and Ironweed (1987) and winning a best supporting actor Oscar for his role as a drunken-but-decent ex-astronaut in Terms of Endearment (1983). Two of his most popular performances of the decade came in The Witches of Eastwick (1987) and Batman (1989), which featured Nicholson's over-the-top comic turns as the Devil and the Joker, respectively.

By the 1990s, Nicholson was regarded as a screen icon. He began the decade by directing and starring in The Two Jakes (1990), a sequel to Chinatown that generated lukewarm reviews. Better-received were Hoffa (1992), in which he portrayed the controversial Teamsters boss Jimmy Hoffa, and A Few Good Men (1992), in which his supporting performance as a dyspeptic marine colonel earned him his 10th Oscar nomination, an all-time record for a male actor. His 11th nomination, for his portrayal of a misanthropic writer in As Good As It Gets (1997), resulted in Nicholson's third Oscar (his second for best actor).

At the beginning of the 21st century, Nicholson continued to star in dramatic roles. After playing a world-weary former cop in Sean Penn's The Pledge (2001), he scored another personal triumph with his much-lauded performance as the title character in About Schmidt(2002), a movie about a retired widower seeking to mend his relationship with his daughter. Nicholson's understated acting in the melancholic comedy earned him a 12th Academy Award nomination. In 2006 he appeared as Irish mobster Frank Costello in Martin Scorsese's The Departed. Nicholson continued his success in comedic roles when he starred as an over-the-top psychiatrist in Anger Management (2003) and as an aging playboy who falls in love with a playwright (played by Diane Keaton) in Something's Gotta Give (2004). In The Bucket List (2007) Nicholson and Morgan Freeman portray two terminally ill men who escape a hospital ward so they can accomplish everything they want to do before dying.


Although Nicholson's widely imitated trademarks of a devilish smile and a slow, detached speaking style remained constant throughout the years, his screen persona mellowed in its metamorphosis from iconoclastic leading man to mainstream character actor, and his characters of later years reflect in many ways the maturation of his generation. As he entered his 60s, he often played men with a youthful rebellious streak but who have also learned the value of sensitivity. Nicholson was awarded the American Film Institute's Life Achievement Award in 1994.