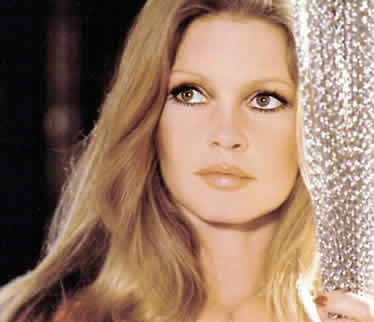 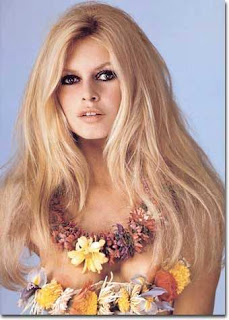 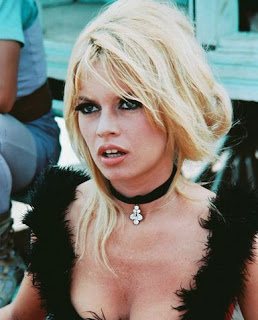 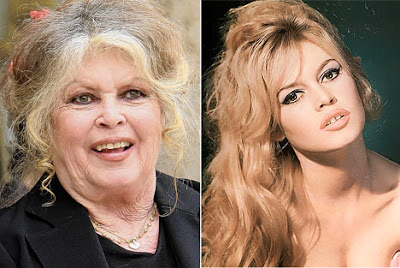 World Famous People (Actress) - Brigitte Bardot was born September 28, 1934 in Paris, France. She is a French actress and model, daughter of an industrialist. Also known simply as BB ("Bri-Bri" in childhood) Brigitte Bardot is considered the embodiment of the 1950s "sex kitten."

In the 1970s Brigitte Bardot established herself as an animal rights activist. During the 1990s her controversial and outspoken political views on such issues as immigration, Islam, and homosexuality greatly affected her reputation.

Brigitte Bardot's beauty and natural sensuality began to show as a teenager and in 1952, she appeared on screen for the first time in Le Trou Normand. That same year, at age 18, she married director Roger Vadim,
with whom she had been romantically involved for several years. Divorced from Vadim in 1957, she married actor Jacques Charrier (1959-62), German millionaire playboy Gunther Sachs (1966-69), and French right-wing politician Bernard d'Ormale (1992-present).

She starred with Trintignant in Vadim's film And God Created Woman, which pushed the boundaries of sex in film at the time, making her an overnight

Brigitte Bardot is one of the few European actresses to receive mass media attention in the United States, still a "sex kitten" to this day. She and Marilyn Monroe were the icons of female sexuality in the 1950s and 1960s. Whenever she made public appearances in the United States, her every move was covered by a horde of media.

Her first American made film was 1954's Un acte d'amour co-starring Kirk Douglas. In 1965 she appeared as herself in the Hollywood production Dear Brigitte starring Jimmy Stewart. Because her English was limited, many of her films were released in the U.S. with her voice dubbed over.

Brigitte Bardot is recognized for popularizing bikini swimwear, appearing in it for photographers numerous times. She even sported an early version of the monokini (topless bikini) from time to time (though this was not considered extraordinary in France, where nudity on beaches is common, it was considered nearly scandalous in the US).

Why is Brigitte Bardot famous?

Brigitte Bardot is famous because she is a big actress, singer, dancer

and model. She is famous because she appeared in many famous movies and she released many important albums

We like Brigitte Bardot because she is a famous woman and she represents the image of the movies from 1950s and 1960s. We like her because is a talented actress, singer, dancer and model. She made a lot of movies and she is one of the best actresses near Marilyn Monroe.