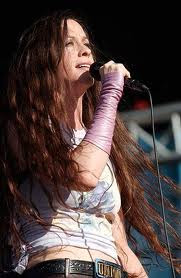 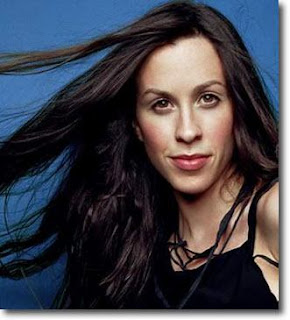 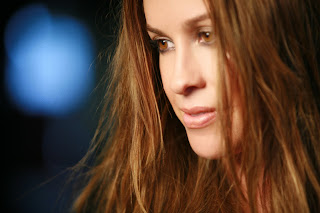 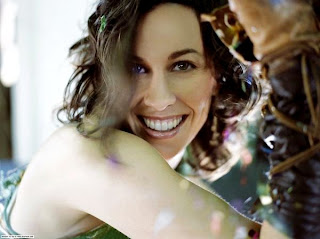 Alanis Morisette
World Famous People (Singer) - Alanis Morissette was one of the most successful singer/songwriters to ride in on the second wave of girl rock in the mid-'90s. Born on June 1, 1974, Alanis Nadine Morissette and her two brothers were raised in Ottawa, Canada by French-Canadian and Hungarian parents. By the age of 10, the precocious Morissette had landed a role on the Nickelodean TV show "You Can't Do That on Television" and recorded her first single, "Fate Stay With Me." She spent most of her pre-pubescent years performing throughout Canada, singing "O Canada" at sporting events and even making the de rigueur appearance on "Star Search."

The hard work paid off and at 14 Morissette was offered a recording contract with MCA/Canada. Her debut, Alanis, a collection of dance-pop songs, was released in 1991 and went platinum in Canada. That year, Morissette won the Juno award (Canada's Grammy) for Most Promising Female Vocalist. Her sophomore effort, 1992's Now Is the Time, was recorded and released before Morissette graduated from high school.

However, this album -- another collection of teeny bop dance tunes -- sold only half as well as her debut, and at age 17 it looked as if Morissette's career was on the wane. After high school, Morissette moved to Los Angeles where she had the good fortune to hook up with songwriter/producer Glen Ballard, known for his work with Michael Jackson, Paula Abdul and Wilson Phillips. The creative chemistry between Ballard and Morissette was evident from the beginning. Ballard pushed Morissette to pursue darker, edgier themes in her music, venturing away from the cutesy teenager and toward the introspective young woman.

"Most of the songs are, in a roundabout way, actually addressed to myself," says Morissette of her work with Ballard at this time. "There's a certain aspect of the songs that's very confessional, very unadulterated...It was a very unfettered, spiritual experience."

The resulting demo tape was shopped around to the major labels and Madonna's Maverick imprint eventually signed Morissette. Jagged Little Pill, was released in the summer of 1995. On the strength of the break-out single "You Oughta Know," the album reached platinum status and the Top 10. Follow-up singles "Hand in My Pocket," "All I Really Want" and "Ironic" kept Jagged Little Pill on the album charts the next two years, ultimately selling 28 million copies worldwide.

David Basham After finishing her recent tour with Tori Amos, Alanis Morissette has headed to New Zealand and Australia for a month-long tour, though she took time out to tape an episode of "MTV Unplugged" scheduled to air next month. Morissette's stripped-down set was recorded at the Brooklyn Academy of Music in mid-September, during which the Canadian songstress performed acoustic versions of such songs as "You Oughta Know," "Uninvited," and a cover of the Police's "King of Pain." The Alanis Morissette "Unplugged" is currently scheduled to be broadcast on MTV on November 1. Morissette also plans to release an accompanying "Unplugged" album via Maverick Records on November 23, and a version of "That I Would Be Good" from the taping is tentatively set to be issued as a single in early November. The song originally appeared on last year's "Supposed Former Infatuation Junkie."