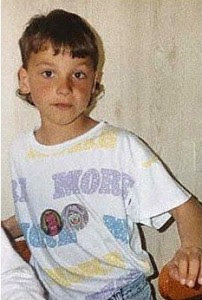 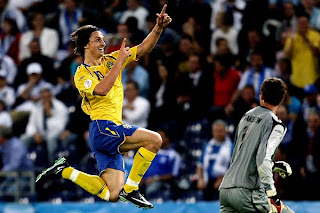 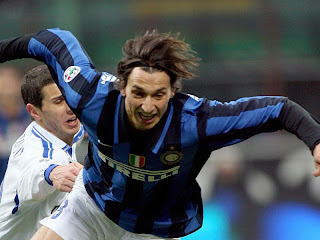 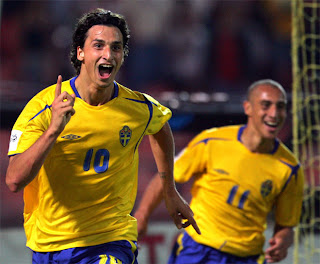 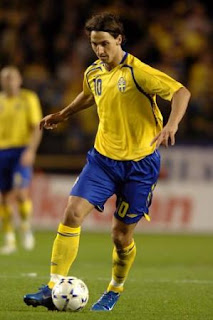 Zlatan Ibrahimovic’s parents were immigrants from the former Yugoslavia: his father was born in Bijeljina, Bosnia and his mother in Zadar, Croatia. They both met at Sweden and Zlatan Ibrahimovic was born the 3 of October of 1981at Malmö, growing up in the neighbourhood of Rosengård. When he was five, he was given his first pair of boots and began playing football at the age of eight, alternating between local junior clubs Malmö Anadolu B. I. and FBK Balkan. At the age of ten, he was regular in FBK Balkan, playing with children two years older than him. It was then when he made a name for himself, in a match for Balkan’s 12-year-old against Vellinge: with Balkan 4-0 down at half time, Zlatan came off the bench and scored eight goals to give his team an 8-5 victory. Soon he was admitted in to Borgarskolan in Malmö, and decided to drop out school to focus on his football career. Ibrahimovic signed up with Malmö in 1995 and progressed through its youth academy until in 1999, when he moved to the senior side of the club.
Sweden.

Ibrahimovic made his debut with Malmö’s first team (under coach Roland Andersson) in the Sweden’s top-flight league (Allsvenskan) in 1999. That season Malmö finished 13th in the league and were relegated to the second division (Superettan), returning to the top-flight in the following one. In 2000 Ibrahimovic made 26 appearances and scored 12 goals with Malmö. Top Clubs of all over the world expressed their interest in Zlatan Ibrahimovic (among them, the Arsenal F. C.). After watching Ibrahimovic in a training game against Norwegian side Moss F.K, AFC Ajax coach Leo Beenhakker also expressed his interest in the player and finally he was transferred to the dutch club in 2001, joining Ajax for a record-breaking €7.8 million, highest fee ever paid to a Swedish club.

Ajax and the national team

In Ajax he received the number 9 shirt, the same one that was worn by players like Patrick Kluivert, Nwankwo Kanu or Marco Van Basten. Under manager Co Adriaanse, Ibrahimovic received a little playing, but after Adriaanse was sacked and Ronald Koeman was appointed new coach, Ibrahimovic became a regular player in the starting lineup of Ajax. The team won the 2001/2002 Eredivisie and also the KNVB Cup against Utrecht, being Ibrahimovic who scored the golden goal that gave Ajax the Dutch Cup. Also in 2001 took place his debut with the national team: Ibrahimovic played for the first time for Sweden 31 of January of 2001, against Feroe Island In the next season. Since then, Ibrahimovic was regular in the national team and was part of the Korea & Japan FIFA World Cup in 2002, in which Sweden were eliminated in the round of 16.

In the 2002/2003 season, Ibrahimovic made his debut in Champions League competition, scoring two goals in the first match against Olympique Lyonnais. He scored four goals overall and Ajax were eliminated in quarterfinals by A.C. Milan. In the Eredivisie, Ibrahimovic made 25 appearances and scored 13 goals.

Juventus and the World Cup

Before he began to play in Juventus, he was part of the Swedish squad in the Portugal Euro 2004, rounding off a good performance: he scored a penalty against Bulgaria and equalled the score with another of his most beatiful and well-known goals in the last minutes against Italy. However, Sweden was sent home by the Netherlands, in a match in which Ibrahimovic missed a penalty.

Juventus paid €19 million for Ibrahimovic. As David Trezeguet was injured, Ibrahimovic rapidly was part of the starting lineup under Fabio Capello. Scoring 16 goals, Ibrahimovic did a great season and Juventus won the Scudetto. Moreover, he was voted the fans’ player of the year. In 2005/2006, Ibrahimovic’s attack role was changed and Capello moved him to the sidelines, taking part in the build-play of the team but scoring less goals and making criticism against him increase. In spite of this, Juventus won again the Serie A, but were stripped of their last Scudetti after the Calciopoli scandal and relegated to Serie B. As several other players from Juventus, Ibrahimovic decided to move to another clubs.

That summer, Ibrahimovic played in the Germany World Cup 2006 with the Swedish national team, but Ibrahimovic remained scoreless and Sweden was sent home by Germany in the round of 16.
Inter

On August 10, Ibrahimovic signed a four-year contract with Internazionale for €24.8 million. Ibrahimovic was that year (2006/2007) one of the best players in Mancini’s squad, winning the first Scudetto for the club from Milan since 1989 and going on to a record seventeen consecutive league wins. In Champions League, Inter reached quarterfinals, being snuffed out in quarterfinals by Valencia C. F.

Zlatan Ibrahimovic played in the Austria and Switzerland Euro 2008. Sweden only could win the first match against Greece (0-2), beating the former winner of the championship. Ibrahimovic scored the first goal and also scored against Spain in the following match, which they would lose in the injury time because of the goal of David Villa. Sweden was eliminated in the third match against Russia, one of the best teams of the tournament as they reached semifinals.