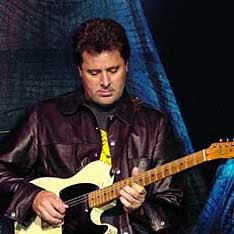 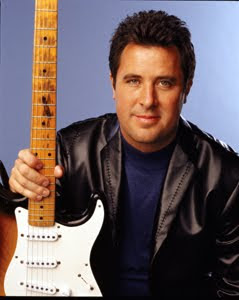 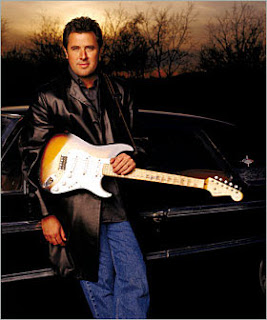 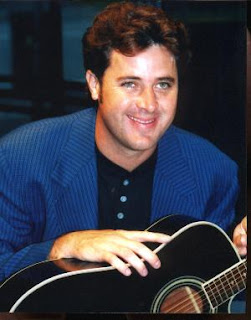 Born on April 12, 1957, in Norman, Okla., Vince Gill enjoyed acclaim in the bluegrass and pop worlds before actively pursuing a career in mainstream country during the '80s. His greatest passions -- music and golf -- were influenced by his father, a federal appellate court judge. After performing in a band in high school, Gill joined the Bluegrass Alliance and moved to Kentucky in 1975. His brief stint in Kentucky also allowed him to play in Ricky Skaggs' bluegrass band, Boone Creek. In 1976, Gill moved to Los Angeles where he joined Sundance, a band fronted by fiddler Byron Berline. He became the lead singer in the country-rock band Pure Prairie League in 1979, performing its hits "Let Me Love You Tonight" and "Still Right Here in My Heart" in 1980-81. He then returned to sideman work in the Cherry Bombs, backing Rodney Crowell and Rosanne Cash. During their tenure in the Cherry Bombs, Gill and keyboardist Tony Brown began a friendship that led to Gill being signed to both the RCA and MCA labels.

A move to Nashville in 1984 coincided with Gill's recording contract after Brown, an RCA executive, signed him to the label. Gill's output at RCA resulted in three Top 10 singles -- "If It Weren't for Him" (with Rosanne Cash), "Oklahoma Borderline" and "Cinderella." However, Gill's early singles failed to propel him to immediate stardom. During the next five years, Gill spent most of his time backing others in the studio or touring with Emmylou Harris.

After leaving the RCA roster, Gill moved to MCA, where Brown was then a producer and label executive. After marginal success at RCA, Gill's 1989 debut album for MCA, When I Call Your Name, sold 1 million copies. His breakthrough at radio came with the title track that featured Patty Loveless on guest vocals. It went on to win single of the year honors at the CMA Awards. Gill's subsequent albums in the '90s were huge hits, too, providing a string of No. 1 singles including "I Still Believe in You," "Don't Let Our Love Start Slippin' Away," "The Heart Won't Lie" (with Reba McEntire), "One More Last Chance" and "Tryin' to Get Over You." With a record-breaking 18 CMA Awards, Gill stands as one of the most successful artists in the history of country music.

In addition to his work as a singer, songwriter, producer and musician, Gill has also been one of country music's primary ambassadors as host of the nationally televised CMA Awards. Gill first co-hosted the CMA Awards in 1992 with Reba McEntire and later evolved into the show's sole host. With a quick wit and affable demeanor, he helped deliver impressive ratings for CBS-TV. However, after a 12-year stint as host, Gill announced that he would not host the show in 2004.

Gill was married to Janis Oliver of Sweethearts of the Rodeo from 1980 until 1997. He married contemporary Christian music star Amy Grant in 2000. He co-produced her 2002 album, Legacy ... Hymns & Faith, and joined her on a six-week concert tour as a member of her band.

With Brown having left MCA to help launch Universal South Records, Gill produced himself for the first time on the 2003 album, Next Big Thing, which featured guest appearances by Grant, Harris, Lee Ann Womack and Michael McDonald. The project, his 11th for MCA, covered a lot of musical territory, offering commentary on the music business in the title track (which earned his 16th Grammy) and "Young Man's Town."

In early 2004, Gill, Crowell and Brown were in the studio with a slightly revised version of the Cherry Bombs. Preparing for a new album for Universal South, the band included original members Richard Bennett (guitar) and Hank DeVito (steel guitar).

Gill returned in late 2006 with a four-disc set of all new material, titled These Days, again with numerous guest appearances.