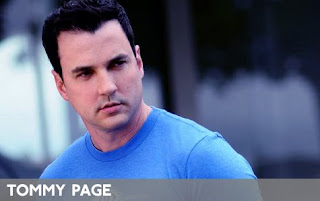 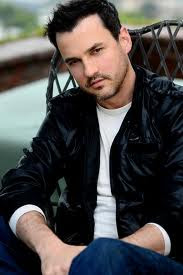 Thomas Alden Page (Tommy Page) was born in New Jersey on May 24, 1970. He began playing the piano at age eight and learned keyboards at age 12, joining his brother in a band. Following graduation from high school, he moved to New York City and worked as a dress code checking clerk at a club called Nell's. During this time, he studied business at N.Y.U. and also produced and recorded the song "Turning Me On," promoting his EP to DJs around the city. After one year at Nell's, Page had the opportunity to meet with Madonna's producer, Mark Kamins, and the president of Sire Records, Seymour Stein. The meeting was Page's ticket to fame, as it culminated in a record deal with Sire Records in the spring of 1988. That same year, Page debuted with his self-titled album which faired respectively in Asia on the heels of the minor hit ballad "A Shoulder to Cry On," though went unnoticed in North America. Luck sprung again two years later when members of New Kids on the Block (at the peak of their success) landed a ride in the same limo and Donnie Wahlberg decided to "give T a number one song." The result was, in addition to serving as the opening act for their Step By Step tour, a number one Billboard hit titled "I'll Be Your Everything," a song which brought together Page's lead vocals and backup harmony by Donnie Wahlberg, Jordan Knight, and Danny Wood. The song appeared on Page's sophomore album Paintings in My Mind, and soon he was appearing on talk shows like Joan Rivers and Regis and Kathie Lee, featuring on the covers of every teen magazine, and taking on his own sold-out world tour. Warner Bros. was quick to cash in on their new talent and within a six-month period sent him over to producer Mike Paley for a guest spot on the Dick Tracy soundtrack, issued a new Christmas single, and a third album called "From the Heart." When sales flattened, Page was shelved by his American record label and deemed a one-hit wonder.

In Japan it was a different story, as Page released an album of new songs and B-sides titled Friend to Rely On and a greatest-hits package for Warner Japan, before heading over to the Asian Pony Canyon Records and releasing two new albums of appreciated maturity: Time in 1994 and Loving You in 1996. As the release date for Loving You approached, Page had just completed his degree in International Business and Marketing at N.Y.U. and found a permanent home in Manhattan as well as a weekend home in the Pocconos, PE. The album's single "Missing You" reached number one in Asia, but with the Japanese economic crisis of the late '90s, his record label closed down all but one of its offices and left his recording future uncertain.

Determined to bring in one final effort before focusing his career on producing other artists' material, Page releasedTen Til Midnight in Spring of 2000. It is reported that after completing each record, he carries his walkman along the beach for a listen. If the music moves him, it passes "the test." With only one American hit, Tommy Page has still made quite a career for himself, releasing seven full-length albums in 12 years. Peter Fawthrop, Rovi