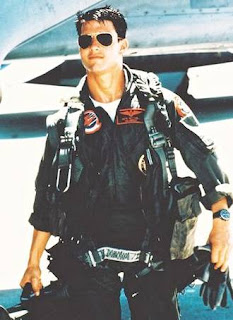 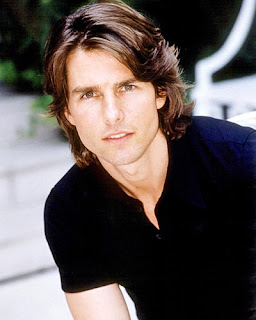 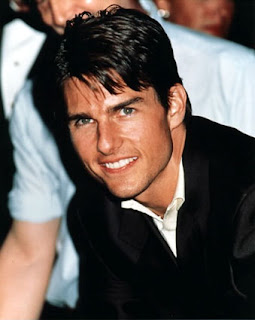 Tom Cruise is the stage name of Thomas Cruise Mapother IV, an American actor, producer, and Scientologist who has starred in a number of top-grossing movies and remains one of the biggest movie stars in the world. His first leading role in a blockbuster movie was in 1983's Risky Business.

Cruise was born to Thomas Cruise Mapother III and Mary Lee Pfeiffer on July 3, 1962 in Syracuse, New York.His paternal ancestry is Welsh: his great great grandfather Dylan Henry Mapother emigrated from Flint, in north Wales, to the United States in 1860. Cruise also has German ancestry from his paternal great-grandparents, William Reibert and Charlotta Louise Voelker. Cruise's parents moved frequently when he was a child, residing in a number of locations throughout the United States and Canada, including Ottawa; Louisville, Kentucky; Glen Ridge, New Jersey (where he attended Glen Ridge High School); and Wayne, New Jersey. Before going into acting, Cruise attended a Franciscan seminary and aspired to become a Catholic priest.

While it was not his first film, Risky Business (1983) propelled Cruise to stardom. One sequence in the film, featuring Cruise lip-syncing Bob Segar's "Old Time Rock and Roll" in his underwear, has become an iconic moment in film history. Cruise's status as an A-list actor was secured a few years later when he starred in Top Gun (1986).

Cruise also took on more unusual roles following Interview With The Vampire and Jerry Maguire, with Eyes Wide Shut (1999) which took two years to finish as director Stanley Kubrick's last film, alongside then spouse Nicole Kidman. Cruise also performed as a misogynistic male guru in Magnolia (1999), which netted him a Best Supporting Actor Oscar nomination, and in very rare form, played a villain as the hitman who kidnaps unsuspecting cabbie Jamie Foxx in Michael Mann's Collateral (2004).

Cruise teamed with producer Paula Wagner to form Cruise/Wagner Productions, which has co-produced several of Cruise's films such as Mission: Impossible and its sequels, Vanilla Sky (2001), and The Last Samurai (2003). The company also co-produced The Others (2001).

Cruise recently discussed his bi-racial son with the TV talk show host Oprah Winfrey. Oprah asked Cruise if the issue of his race was ever discussed in the household. "We're from the human race, human kind," Cruise said. "I mean, what's there to talk about? He's my son. Listen, that's just how I feel about it. He's my son. I've never thought about color, race, I just have not thought about that."

It is rumored that Kidman lost interest in Scientology, and the friction between her and Cruise over this issue drove the marriage apart. Cruise left Kidman three months pregnant, just shy of their 10 year wedding anniversary; she lost the child.

Cruise was next romantically linked with Penélope Cruz, the lead actress in his film Vanilla Sky. In March 2004, he announced that his relationship with Penélope Cruz had ended in January. In April 2005, he began dating Katie Holmes, before announcing on 17 June 2005 that he had proposed to her at the top of the Eiffel Tower in Paris, France. She accepted his offer, and the couple are expected to be married on July 7, 2006.

Cruise is arguably Hollywood's most outspoken member of the Church of Scientology. He joined in 1986 while married to Mimi Rogers. Cruise has publicly said that Scientology, specifically the L. Ron Hubbard Scientology Study Tech, allowed him to overcome his dyslexia.

Since 2004, Cruise has talked more openly about Scientology and promoted its ideas, especially its rejection of psychiatric drugs, which was the subject of a heated argument with Matt Lauer on the Today Show on June 24, 2005. He openly criticized actress Brooke Shields for using the drug Paxil, an anti-depressant, which Shields claims helped her recover from post-partum depression after the birth of her daughter in 2003; Brooke Shields subsequently questioned Cruise's wisdom. In an interview with Der Spiegel magazine, Cruise claimed that "In Scientology, we have the only successful drug rehabilitation program in the world. It's called Narconon... It's a statistically proven fact that there is only one successful drug rehabilitation program in the world. Period."

Cruise's more open attitude to Scientology has been attributed to the departure of his publicist of 14 years, Pat Kingsley in March 2004. He replaced her with his sister, fellow Scientologist Lee Anne DeVette, who served in that role until November 2005. In addition to a new publicist, who allows Cruise to speak openly about his faith, he is also rarely seen without the accompaniment of Jeremy Freedman, a high level Scientologist appointed by the Church to follow and advise Cruise.

Recently Cruise has also been reported to have risen to one of the highest echelons of the Church of Scientology, what is known as 'Operating Thetan Seven' or OT-VII. This rise in the ranks also has contributed to Cruise's more frequent comments on Scientology, since that level reportedly gives Cruise, among other things, more authoritative powers. Cruise's fiancée, Katie Holmes, recently has begun studying Scientology, which Cruise says does not conflict with her Roman Catholic upbringing.

Cruise may have successfully converted his bride-to-be, Katie Holmes, into Scientology but failed to convert Scarlett Johansson. After two hours of proselytizing, Cruise introduced her to a room full of upper level Scientologists waiting to dine with the pair; at that point she excused herself politely. She had then pulled out of Cruise's upcoming movie Mission Impossible III. Johansson never confirmed this incident and claimed to have dropped out of the movie due to scheduling conflicts with a Woody Allen film she is working on.

This short, yet very public love affair took a dramatic turn when Cruise and Holmes got engaged in Paris while on a world publicity tour for their two most recent movies (War of the Worlds for Cruise, and Batman Begins for Holmes). War of the Worlds director Steven Spielberg has been critical of Cruise's focus on his relationship during promotion of the film, but believed it to be genuine. On October 5, 2005, it was reported by People magazine that Holmes is pregnant. Cruise came under fire from various medical professionals after he bought a sonogram machine to monitor his baby. The medical ACR claim that overuse or misuse of the medical equipment is unnecessary and could be harmful to the baby's health, and that it may be illegal to own. The birth would be Holmes' first child, and Cruise's third; Cruise has two adopted children; Connor, 10, and Isabella, 12, from his marriage to Nicole Kidman.