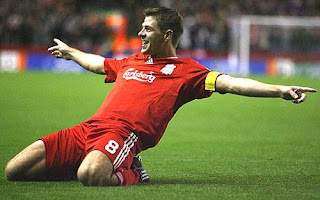 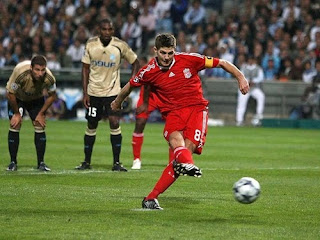 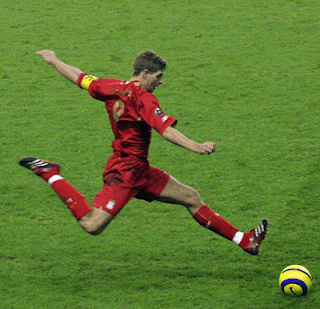 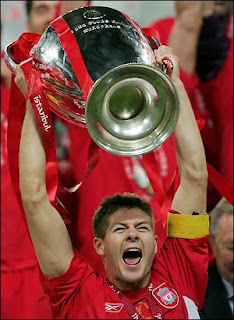 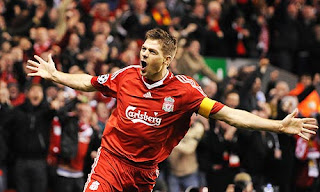 Steven Gerrard was born on 30th May, 1980 in Whiston, Merseyside. The town is about 8 kms to the east of the city of Liverpool. He was brought up in neighbouring Huyton and spent his childhood there.

Gerrard or Stevie G as he is called, is a natural central midfielder who can play in other positions with equal aplomb. He loves to make darting runs from the centre of the park into the striking area and his long range passing and shooting, coupled with his tackling ability makes him a player every manager would love to have in their side.

Gerrard attended the Cardinal Heenan Catholic high school in West Derby, Liverpool. Unlike Michael Owen, Robbie Fowler, Jamie Carragher and other famous Liverpool players who were childhood Everton fans, Gerrard was a Kopite from the beginning and joined his beloved club as a trainee when he was a school boy. He rose through the ranks quickly and made his debut as a substitute for Norwegian Vegard Heggem against Blackburn on 30th November 1998. His first full debut came against Celta Vigo in the UEFA Cup and his performance that night was a definite indicator that the lad was destined for stardom.

He made his first appearance in England colours against Ukraine at Wembley in May 2000 and has been an integral part of the English squad ever since. His first goal for England was a rasping 25 yard shot which gave Oliver Kahn no chance, in the famous 5-1 demolition of Germany in September 2001. His career was plagued by injuries in that period though, and he missed the 2002 World Cup in Korea and Japan with a groin injury.

He was given the captain's armband first in October 2003 by Gerard Houllier and has captained the Reds regularly ever since. He wears the No.8 jersey for the Reds and No.4 for England. He first captained England against Sweden in 2004, and led the side five times in 2007. When Steve McLaren took over from Sven Goran Eriksson in August 2006, he named Gerrard vice captain of the national team.A leader par excellence, the man gives nothing less than 100% when he is on the pitch. Fans voted him the " Nationwide Player of the Year '' in 2007.

Gerrard has scored in nearly every major final that he has appeared in for Liverpool, proving that he is somebody to be relied upon in big match occasions. Prominent among them is the headed goal against AC Milan in the Champions League final in 2005, which kickstarted Liverpool's amazing comeback and the last minute stunning 35 yard equaliser against West Ham in the FA Cup 2006 Final. He was also on the scoresheet in the 2001 UEFA Cup final against Alaves and the 2003 League Cup final against arch rivals Manchester United. He is also remembered for his crucial 25 yard strike against Olympiakos in the Champions League which assured the Reds of a place in the last 16 of Europe's most prestigious club competition. While Ian Rush still holds most of Liverpool's scoring records, Gerrard is the club's highest scorer in Europe.

Considered as Liverpool's prized asset by many, Gerrard is the pivot around which the Merseysiders revolve and his combination with Fernando Torres saw the latter score over 20 goals in his debut season . Given his versatility and consistency, it comes as no surprise that he is regarded as one of the best midfielders ever to grace the football pitch. Liverpool chief executive Rick Parry has even stated his desire to keep Gerrard lifelong at Anfield. He is currently contracted to the Reds till 2011.

Gerrard has won several awards - the PFA young player of the year in 2001, the most valuable player in the Champions League in 2004-05 and PFA player of the year in 2006 (ahead of the likes of Frank Lampard and Thierry Henry). He came third behind Ronaldinho and Lampard in the poll for the prestigious Ballon D'Or (European Footballer of the Year) in 2005. In December 2006, he was made a Member of the Order of the British Empire ( MBE) in recognition of his services to the game. In the last five seasons, he has never failed to make it to the PFA Team of the Year.

He married Alex Curran on June 16, 2007, and the couple have two daughters, Lily-Ella and Lexie.