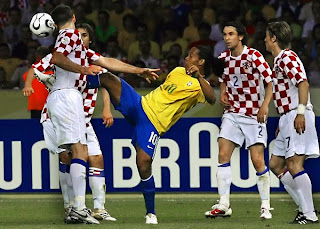 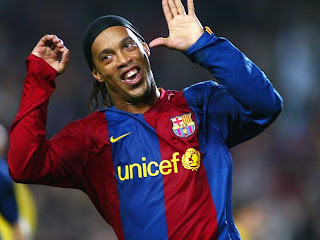 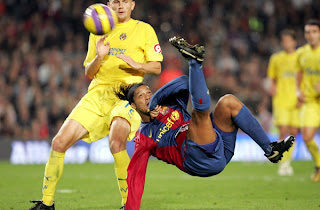 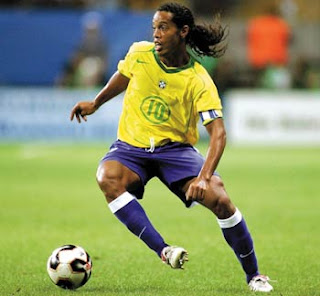 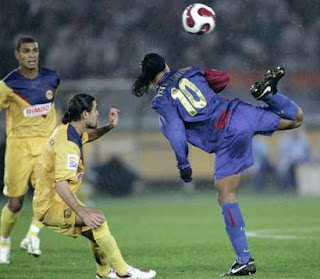 Ronaldinho was born into a family of football addicts, living in a wooden house in the heart of a favela. His father, Joao da Silva Moreira who played for an amateur club made ends meet by by working as a car park attendant at Gremio Football Club. His brother Roberto was a great hope for the club but then his career was unfortunately ended by a terrible knee injury.


At the age of 8, tregedy struck as Ronaldinho's father drowned in a swiming pool at a villa provided by Gremio for Roberto. Following in the footsteps of his brother Ronnie then joined the Gremio's footballing school and wowed everyone there. He made it into the first team in 1997 and was being heralded as one of the best young hopes in Brazilan football. Meanwhile, he was already making the breakthrough with the national squad, and his six goals were fundamental in Brazil's Copa America triumph in 1999.

The goal Ronaldinho scored against Venezuela is remembered to this day as one of the most spectacular ever scored by a player wearing the famous Canarinha jersey.

In 2001, Ronaldinho moved on to PSG where he became a fan's favourite with his tremendous flair and excting style of football - also contributing tremendous amounts of goals. However his employer's still weren't happy with his atitude and looked ot get rid of him. Of course, he continued to shine in the international arena. His finest hour came at the 2002 World Cup in Japan and Korea, where he was a key member of the side that won Brazil's record fifth world title - scoring in the quarter final and playing an integral role in midfield in the final.


Ronaldinho then moved to Barcelona - arguably the biggest club in the world - for what now seems a bargain at £21,000,000. When he arrived, he said that his desire was to bring as much success to the club as so many Brazilians had done before him, such as Evaristo, Ronaldo, Romario and Rivaldo. Having won the World Footballer of the Year title it seems he has now fulfilled that desire.