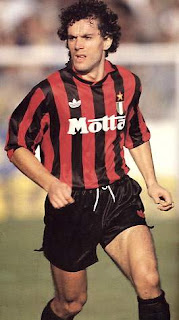 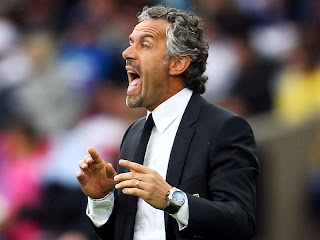 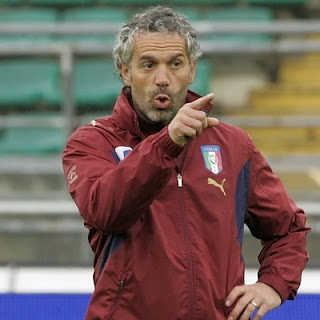 Roberto Donadoni (born September 9, 1963 in Cisano Bergamasco) is an Italian football (soccer) player. He was a cornerstone of the powerhouse AC Milan teams of the late 1980s and early 1990s and one of the pioneers of Major League Soccer, where he played two seasons for the MetroStars. He is currently the manager of Serie A side Livorno.

Donadoni started his career with Atalanta of Bergamo in 1982. He transferred to Milan in 1986 and became a mainstay in the team. Usually playing a left midfield role, Donadoni was a vital cog in a team that won five Serie A titles, three European Cups, three European Super Cups, and 2 Toyota Cups. A member of the Italian national team, he played in the 1990 and 1994 World Cups, helping Italy to third and second place finishes respectively.

The MetroStars of MLS made him a centerpiece of their franchise when they signed him in 1996. While with the Metros, he was recalled to the Italian national team and was widely considered their best player at Euro 96, at the age of 32. He came back to MLS, but in the league's first two formative years, Donadoni's class was often wasted. He still proved a spectacular performer, being named to the league Best XI in 1996. Unfortunately, Donadoni's genius could not bring the MetroStars any success as a club.

He went back to AC Milan after the 1997 MLS season, and promptly helped them to another Serie A title, his sixth. He ended his career by playing two games with Al Ittihad of Saudi Arabia.