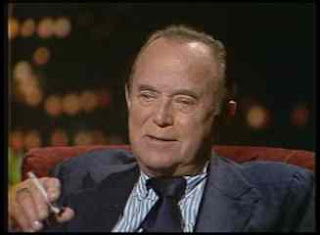 McDonald Fast Food Restaurant Entrepreneur
Ray Kroc was the mastermind behind the worldwide McDonald's fast food franchise. He bought the fledgling restaurant chain in 1955 and grew it into the largest, most influential fast food chain in the world.

Ray Kroc was born on October 5, 1902 to Czech-Americans in Chicago, Illinois. At the age of four, Kroc's father took him to phrenologist, a person who determines fate based on the shape of someone's skull. The Phrenologist told young Ray Kroc that he would someday work in food service. But, as the first World War erupted, Kroc became interested in learning how to drive ambulances for the war effort instead. The war, however, ended before he had a chance to test his training and Kroc looked elsewhere for employment.

During the late 1950s, Kroc tried his hand at selling paper cups and even worked as a pianist for a short period of time before settling into a position as a milkshake machine salesman. He traveled around the country and sold milkshake machines to various different cafes and restaurants, all the while observing the layout and management of the industry. Kroc was convinced that many restaurants suffered from poor management and were not living up to their potential. It was during this time that he ran across a small hamburger restaurant in San Bernardino, California named McDonald's.

The restaurant, owned by the McDonald brothers, Richard and Maurice, ran eight of the same milkshake machines sold by the fifty-two year old Kroc. Since each machine could spin five milkshakes at once, Kroc was intrigued by the idea of a restaurant that needed the ability to make forty milkshakes at a time. He traveled to California and, upon seeing the orderly, efficient restaurant that served a huge community, Ray Kroc was convinced he could sell the machines to every McDonald store that opened.

In order to capitalize on the venture, Kroc approached the brothers with a business plan and they eventually settled on a deal. As a result of the partnership, however, Kroc would receive only 1.4% of the franchisees' profit, giving 0.5% to the brothers. It didn't take very long for Kroc to realize that his profit would be minimal. So, in order to gain access to more of his investment, Ray Kroc convinced the brothers to sell him the rights to the McDonald's name.

Kroc envisioned a restaurant that ran like a factory and produced hot food, fast service, and with consistent quality no matter where he opened a restaurant. He saw food preparation as a process and broke it down into steps that could be duplicated in any of his restaurants. This way he could keep the product the same no matter where the McDonald's was located.

Low franchise fees made it easy to open new stores but cut into any potential profits for Kroc. As a result, Kroc decided to purchase the land on which McDonald's would open and ultimately serve as a landlord. He set up the Franchise Realty Corporation in 1956 and was able to purchase tracts of land in order to help him produce a profit for his company. By 1960 there were over 200 McDonald's around the United States.

Kroc saw his franchise as a way to sell as service, not food. After all, Big Boy, Dairy Queen, and A&W were already established restaurant chains. Ray Kroc needed McDonald's to stand out. Consistency was the key and he made sure that every McDonald's ran the same. He established national advertising campaigns to support his restaurants and took the brand international in 1971 to Japan and Germany.