Prince Charles - The Prince of Wales 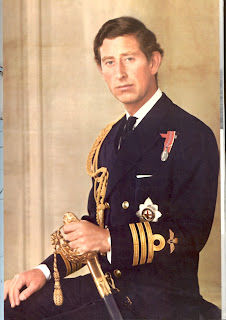 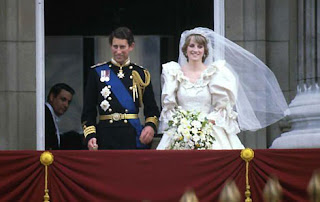 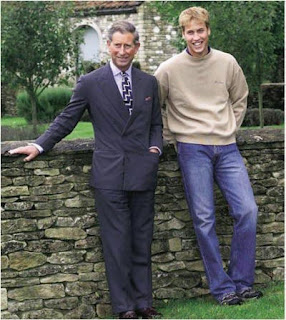 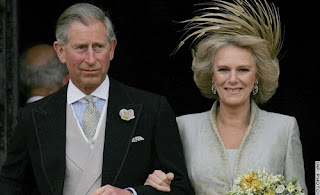 The Prince of Wales, eldest son of The Queen and Prince Philip, Duke of Edinburgh, was born at Buckingham Palace at 9.14pm on 14th November 1948.

A proclamation was posted on the Palace railings just before midnight, announcing that Her Royal Highness Princess Elizabeth had been safely delivered of a son. It was announced later that the baby Prince weighed 7lb 6oz.

On 15th December, Charles Philip Arthur George was christened in the Music Room at Buckingham Palace, by the Archbishop of Canterbury, Dr Geoffrey Fisher.

The Prince's mother was proclaimed Queen Elizabeth II at the age of 25, when her father, King George VI, died aged 56 on 6th February 1952. On The Queen's accession to the throne, Prince Charles - as the Sovereign's eldest son - became heir apparent at the age of three.

The Prince, as Heir to The Throne, took on the traditional titles of The Duke of Cornwall under a charter of King Edward III in 1337; and, in the Scottish peerage, of Duke of Rothesay, Earl of Carrick, Baron Renfrew, Lord of the Isles, and Prince and Great Steward of Scotland.

The Prince was four at his mother's Coronation, in Westminster Abbey on 2nd June 1953. Many who watched the Coronation have vivid memories of him seated between his widowed grandmother, now to be known as Queen Elizabeth The Queen Mother, and his aunt, Princess Margaret.

The Queen and The Duke of Edinburgh decided that The Prince should go to school rather than have a tutor at the Palace. The Prince started at Hill House school in west London on 7th November 1956.

After 10 months, the young Prince became a boarder at Cheam School, a preparatory school in Berkshire. In 1958 while The Prince was at Cheam, The Queen created him The Prince of Wales and Earl of Chester. The Prince was nine-years-old.

In April 1962 The Prince began his first term at Gordonstoun, a school near Elgin in Eastern Scotland which The Duke of Edinburgh had attended.

The Prince of Wales spent two terms in 1966 as an exchange student at Timbertop, a remote outpost of the Geelong Church of England Grammar School in Melbourne, Australia.

When he returned to Gordonstoun for his final year, The Prince of Wales was appointed school guardian (head boy). The Prince, who had already passed six O Levels, also took A Levels and was awarded a grade B in history and a C in French, together with a distinction in an optional special history paper in July 1967.

The Prince went to Cambridge University in 1967 to read archaeology and anthropology at Trinity College. He changed to history for the second part of his degree, and in 1970 was awarded a 2:2 degree.

He was invested as Prince of Wales by The Queen on 1st July 1969 in a colourful ceremony at Caernarfon Castle. Before the investiture The Prince had spent a term at the University College of Wales at Aberystwyth, learning to speak Welsh.

On 11th February 1970, His Royal Highness took his seat in the House of Lords.

On 8th March 1971 The Prince flew himself to Royal Air Force (RAF) Cranwell in Lincolnshire, to train as a jet pilot. At his own request, The Prince had received flying instruction from the RAF during his second year at Cambridge.

In September 1971 after the passing out parade at Cranwell, The Prince embarked on a naval career, following in the footsteps of his father, grandfather and both his great-grandfathers.

The six-week course at the Royal Naval College, Dartmouth, was followed by service on the guided missile destroyer HMS Norfolk and two frigates.

The Prince qualified as a helicopter pilot in 1974 before joining 845 Naval Air Squadron, which operated from the Commando carrier HMS Hermes. On 9th February 1976, The Prince took command of the coastal minehunter HMS Bronington for his last nine months in the Navy.

On 29th July 1981, The Prince of Wales married Lady Diana Spencer in St Paul's Cathedral who became HRH The Princess of Wales.

The Princess was born on 1st July 1961, at Park House on The Queen's estate at Sandringham, Norfolk. She lived there until the death in 1975 of her grandfather, the 7th Earl, when the family moved to the Spencer family seat at Althorp House in Northamptonshire.

Lady Diana's father, then Viscount Althorp and later the eighth Earl Spencer, had been an equerry to both George VI and The Queen. Her maternal grandmother, Ruth, Lady Fermoy, was a close friend and lady in waiting to The Queen Mother.

From the time of their marriage, The Prince and Princess of Wales went on overseas tours and carried out many engagements together in the UK.

On 9th December 1992, the Prime Minister, John Major, announced to the House of Commons that The Prince and Princess of Wales had agreed to separate.

The marriage was dissolved on 28th August, 1996. The Princess was still regarded as a member of the Royal Family. She continued to live at Kensington Palace and to carry out her public work for a number of charities.

When The Princess was killed in a car crash in Paris on 31st August 1997, The Prince of Wales flew to Paris with her two sisters to bring her body back to London. The Princess lay in the Chapel Royal at St James's Palace until the night before the funeral.

On the day of the funeral, The Prince of Wales accompanied his two sons, aged 15 and 12 at the time, as they walked behind the coffin from The Mall to Westminster Abbey. With them were The Duke of Edinburgh and The Princess's brother, Earl Spencer. Click here to visit the memorial site.

The Prince of Wales asked the media to respect his sons' privacy, to allow them to lead a normal school life. In the following years, Princes William and Harry, who are second and third in line to the throne, accompanied their father on a limited number of official engagements in the UK and abroad.

On 9th April 2005, The Prince of Wales and Mrs Parker Bowles were married in a civil ceremony at the Guildhall, Windsor.

After the wedding, Mrs Parker Bowles became known as HRH The Duchess of Cornwall.

The Prince of Wales and The Duchess of Cornwall were joined by around 800 guests at a Service of Prayer and Dedication at St George’s Chapel, Windsor Castle.

The Service was followed by a reception at Windsor Castle hosted by Her Majesty The Queen. It is intended that The Duchess of Cornwall should use the title HRH The Princess Consort when The Prince of Wales accedes to The Throne.

The Duchess supports The Prince of Wales in his work. Through the years, His Royal Highness developed a wide range of interests which are today reflected in 'The Prince's Charities', a group of 20 not-for-profit organisations of which The Prince of Wales is President. Eighteen of the 20 Charities were founded personally by The Prince.

The group is the largest multi-cause charitable enterprise in the United Kingdom, raising over £130 million annually.

The organisations are active across a broad range of areas including opportunity and enterprise, education, health, the built environment and responsible business and the natural environment. Click here to read more about The Prince's Charities.

These interests are also reflected in the list of around 400 organisations of which he has since become Patron or President.

The Prince's concerns about developments in fields such as architecture, the inner cities, education, religion, health and farming have been elaborated over many years in a large number of speeches and articles.