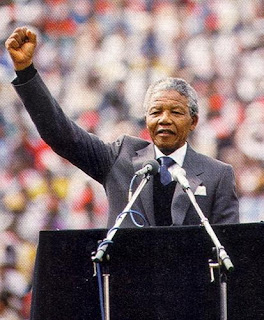 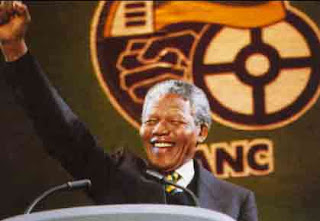 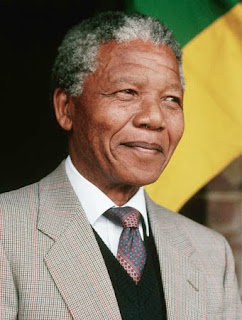 Nelson Rolihlahla Mandela was born in Transkei, South Africa on July 18, 1918. His father was Chief Henry Mandela of the Tembu Tribe. Mandela himself was educated at University College of Fort Hare and the University of Witwatersrand and qualified in law in 1942. He joined the African National Congress in 1944 and was engaged in resistance against the ruling National Party's apartheid policies after 1948. He went on trial for treason in 1956-1961 and was acquitted in 1961.

After the banning of the ANC in 1960, Nelson Mandela argued for the setting up of a military wing within the ANC. In June 1961, the ANC executive considered his proposal on the use of violent tactics and agreed that those members who wished to involve themselves in Mandela's campaign would not be stopped from doing so by the ANC. This led to the formation of Umkhonto we Sizwe. Mandela was arrested in 1962 and sentenced to five years' imprisonment with hard labour. In 1963, when many fellow leaders of the ANC and the Umkhonto we Sizwe were arrested, Mandela was brought to stand trial with them for plotting to overthrow the government by violence. His statement from the dock received considerable international publicity. On June 12, 1964, eight of the accused, including Mandela, were sentenced to life imprisonment. From 1964 to 1982, he was incarcerated at Robben Island Prison, off Cape Town; thereafter, he was at Pollsmoor Prison, nearby on the mainland.

During his years in prison, Nelson Mandela's reputation grew steadily. He was widely accepted as the most significant black leader in South Africa and became a potent symbol of resistance as the anti-apartheid movement gathered strength. He consistently refused to compromise his political position to obtain his freedom.

Nelson Mandela was released on February 11, 1990. After his release, he plunged himself wholeheartedly into his life's work, striving to attain the goals he and others had set out almost four decades earlier. In 1991, at the first national conference of the ANC held inside South Africa after the organization had been banned in 1960, Mandela was elected President of the ANC while his lifelong friend and colleague, Oliver Tambo, became the organisation's National Chairperson.

This autobiography/biography was written at the time of the award and later published in the book series Les Prix Nobel/Nobel Lectures. The information is sometimes updated with an addendum submitted by the Laureate. To cite this document, always state the source as shown above.

This autobiography/biography was written at the time of the award and first published in the book series Les Prix Nobel. It was later edited and republished in Nobel Lectures. To cite this document, always state the source as shown above.