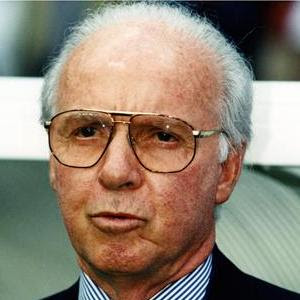 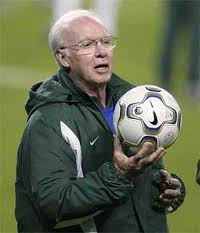 Zagallo guided the United Arab Emirates to their first World Cup finals in 1990, but was dismissed from his post before the tournament. Zagallo was assistant coach (as in 1994, the main coach was Carlos Alberto Parreira) of the Brazilian team in the 2006 FIFA World Cup, which was eliminated by France.

As a player, Zagallo was the left-forward of the Brazilian teams in the Cups of 1958 and 1962; he scored goals in both tournaments, including one in the final against the Swedish team, in 1958. What he lacked in physical stature, Zagallo compensated with exquisite technique and by always being the first man back to defend if his team lost the ball.

In 1970, Zagallo assumed the national team after the previous coach João Saldanha resigned alleging that he was suffering external pressures to include players in the team. Zagallo had the task – and succeeded in performing it – of finding a place in the team for a group of outstanding players such as Pelé, Gérson, Tostão, Jairzinho and Rivelino. In his 1977 autobiography, Pelé writes that Zagallo initially restricted his team from playing their attacking game at the 1970 World Cup. Based on a chess format, Zagallo organized a sophisticated method, which he ultimately had to abandon due to player complaints. His side won all six of their matches, scoring 19 times in the process. It was the first time football had witnessed a 5-3-2 formation that could seamlessly transform itself into a 3-5-2 and back again.

On July 23, 2001 the Brazilian football team was defeated (0-2) in the quarter-final of the 2001 Copa America tournament by the low-ranked (and last minute invitee) Honduras. Zagallo, stunned, stated that he never thought to live long enough to see the powerful Brazil being defeated by Honduras.

After being introduced by Cláudio Coutinho in 1978, Zagallo was one of the managers to fully use attacking full backs, a concept he has always remained loyal to—as the importance of Cafu, Leonardo and Roberto Carlos to the Seleçao’s forward play in 1994 and 1998 stands to prove.
Quotafogos

* “I accept criticism, but what hurts is mockery. In Germany, I was elected the best coach in the world. In Brazil, I’m ridiculed.”

* “I’ve lived football for 50 years, and this is my happiest moment. After 40 years, our flag will tremble again in Europe”

* “He was one of the greatest Brazilian players of his generation and, after winning the World Cup four times, he has left a permanent mark on Brazilian football. It is an honour for me to have worked with him” – Ronaldo

1958 World Cup – Sweden
In 1958, he played in Brazil’s World Cup team as a left-winger. But his playing style was completely different from that of Garrincha, the Brazil’s right-winger. Although he did not possess the exotic skills of the Little Bird, Zagallo was a more intelligent player, always consistent and very versatile. He can play in attack and midfield, sometimes he even in defense. Energetic and versatile, Zagallo covered lots of ground. He had a great match against Sweden, scoring the fourth goal and also creating Pele’s final goal of the match as his country crushed Sweden 5-2.

1962 World Cup – Chile
In the sixities, as the game had become more and more defensive, few national teams play with two genuine wingers. With Didi well past 30, Zagallo dropped back to midfield to help out and assumed a more complete role. His playing style made him the player responsible for converting the Brazilian 4-2-4 formation to 4-3-3. And with Garrincha providing the magic in attack and Vava providing the goals, Brazil was too strong for everyone and went on to win their second World Cup.

In 1970, Zagallo coached one of the greatest attacking teams in World Cup history. His decision to play Rivelino on the left side of midfield proved an inspired choice. The great Brazilian players were thus allowed to make optimum use of their attacking talent. Zagallo was praised as a the man responsible for positive soccer in an age where catenaccio, the defensive Italian tactics, prevailed. However, his tactics in other World Cups were controversial. He was often criticized for employing ultra-defensive tactics, the 2-0 defeat by Holland’s “Total Football” proved one of the lowest point of Zagallo’s and Brazil’s moment in the World Cup.

Twenty years later, he was back in the Brazilian coaching staff as a technical advisor of the 1994 World Cup campaign. Although Brazil won the trophy, the media and fans slammed the veteran coach for the part he played in creating a cautious, safety-first Brazilian team.

After the World Cup triumph, Zagallo succeeded Carlos Perreira as head coach and led Brazil to the 1998 World Cup in France. He was critisized for his lack of preparation and unorganized tactics. Brazil eventually lost 3-0 in the Final to France and Zagallo was dismissed very soon afterwards.
RECORD
The only player to win the World Cup four times: two as player (1958, 1962) , one as coach (1970) and one as techical advisor (1994).
HIS GOALS IN THE WORLD CUP – COMPLETE RECORD
1958
Final v. Sweden