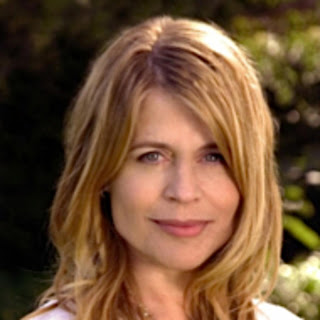 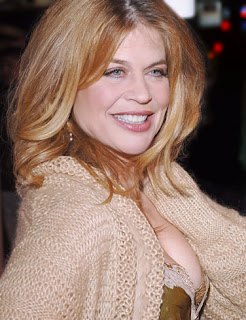 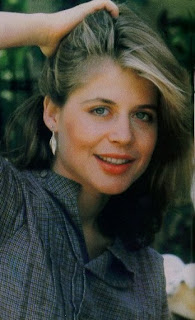 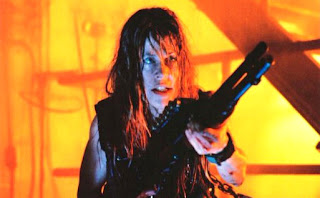 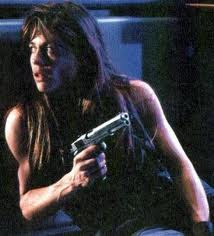 Linda Hamilton (actress). Full-lipped blonde leading lady of film and TV who gained notice with her role as a waitress hunted by a robotic Arnold Schwarzenegger in James Cameron's successful and influential sci-fi adventure, "The Terminator" (1984). Her previous film credits include her feature debut "TAG: The Assassination Game" (1982) and a supporting role in "The Stone Boy" (1983), a drama starring Robert Duvall. Hamilton acquired a devoted cult following with a part written expressly for her: the spunky New York lawyer who falls in love with an underground-dwelling freakish outcast on TV's wildly romantic "Beauty and the Beast" (CBS, 1987-90). She fared less well with other forgettable big-screen assignments, such as "Black Moon Rising" (1986), "King Kong Lives" (1986) and "Mr. Destiny" (1990).

Hamilton's greatest success came with "Terminator 2: Judgment Day" (1991), an awesomely popular sequel that depicted the relationship between a young John Connor (Edward Furlong) and the Terminator (Arnold Schwarzenegger) sent to protect him. Between installments, Hamilton’s character had metamorphosed from a wan waitress to a feisty warrior woman. She undertook rigorous physical training to prepare for the role, and her muscular gun-toting persona was seen as a defining instance of a new breed of tough screen heroines. She followed up with two less prominent features, “Silent Fall” (1994), in which she played the wife of a controversial psychologist (Richard Dreyfuss) treating an autistic boy (Ben Faulkner) who witnessed the double murder of his parents, and “Separate Lives” (1995), where she starred as a psychiatrist suffering from multiple personality disorder who hires an ex-police officer (James Belushi) to unravel the mystery of her strange double life. Both projects failed to make much of an impression on the public.

In “A Mother’s Prayer” (USA, 1995), Hamilton portrayed a widowed mother finding a home for her 8-year-old son (Noah Fleiss) after being diagnosed as HIV-positive. Returning to features, she had a supporting role in the little-seen political thriller “Shadow Conspiracy” (1997), starring Charlie Sheen as a trusted White House advisor who attempts to foil an assassination attempt against the president. Hamilton’s next feature, “Dante’s Peak” (1997), generated more attention than anything she had done since the last “Terminator” movie. A by-the-book disaster flick about a rumbling volcano threatening a small Pacific Northwest town, “Dante’s Peak” benefited from good performances from Hamilton as the town’s mayor and Pierce Brosnan as the geologist sent warn an unbelieving populace about the imminent danger. The actress rounded out 1997 with an episode on “Frasier” (NBC, 1993-2004), playing a woman who accidentally leaves a message on Frasier’s answer machine and is surprised to find him meeting her at the airport.

Several movies-of-the-week piled up on her resume, including “Rescuers: Stories of Courage: Two Couples” (Showtime, 1998), a historical drama about non-Jews risking their lives to save victims from the Holocaust; “Point Last Seen” (CBS, 1998), an adaptation of Hannah Nyala’s book in which Hamilton plays the head of a search-and-rescue team with a troubled past on a mission to save a 9-year-old girl lost in the desert; and “On the Line” (ABC, 1998), where she starred as a female LAPD detective transferred to all-male Robbery/Homicide division. She then appeared in another feature, “The Secret Life of Girls” (1999), a black comedy set in 1973 about a teenager (Majandra Delfino) dealing with her dad’s infidelity and finding a boy to be interested in her. After voicing characters on episodes of “Disney’s Hercules” (ABC, 1998-2000) and “Batman Beyond” (WB, 1998-2002), she starred in the made-for-TV movie “The Color of Courage” (USA, 1999), a historical drama based on a true-story about a black couple (Lynn Whitfield and Roger Guenveur Smith) driven from their new neighborhood by the all-white residents thanks to a lawsuit that was eventually overturned by the Supreme Court.

In the Lifetime drama “Sex and Mrs. X” (2000), Hamilton portrayed a magazine writer who experiences a sexual reawakening after an interview with a famous Parisian madam and her husband’s departure from the marriage. She next had a supporting role as a woman with a crush on her coworker (Treat Williams) in the straight-to-video psychological thriller, “Skeletons in the Closet” (2000), then a recurring voice role as Dr. Ozma Furbanna on the children’s animated series, “Buzz Lightyear of Star Command” (UPN-ABC, 2000-2001). After starring in part three of “A Girl Thing” (Showtime, 2001), a four-part miniseries featuring women confiding their life’s major transitions to a psychiatrist (Stockard Channing) with troubles of her own, Hamilton was featured in the made-for-TV movies “Bailey’s Mistake” (ABC, 2001), about a widowed woman and her two children left with only a mysterious magical island off the coast of Maine, and “Silent Night” (Hallmark, 2002), the true-story about a German mother and her 12-year-old son who invite American and Nazi soldiers to share Christmas Eve dinner in their mountain cabin in 1944.

After a supporting role in the dramatic feature “Smile” (2005), about an American teenager (Mika Boorem) who travels to China as part of a charitable organization to meet her Chinese counterpart who receives corrective facial surgery, Hamilton made an appearance in “The Kid & I” (2005), about a down-and-out actor (Tom Arnold) hired to write a sequel to the action movie that made him famous over a decade ago.

* 1976 Moved to NYC
* 1979 Moved to Hollywood
* 1979 Primetime TV debut in a guest role on the NBC series Shirley , starring Shirley Jones
* 1980 TV series debut as regular, played one of the teens in the short-lived CBS primetime serial Secrets of Midland Heights
* 1980 Starred as Greta Rideout, a woman who accused her husband of marital rape, in the fact-based ABC movie Rape and Marriage: The Rideout Case
* 1982 Feature film acting debut, a lead in TAG: The Assassination Game ; met first husband Bruce Abbott, who co-starred
* 1982 Had lead in the short-lived CBS primetime soap King s Crossing
* 1983 Acted in The Stone Boy
* 1984 Breakthrough screen role, as Sarah Connor in The Terminator , helmed by her future husband James Cameron
* 1984 Had recurring role on NBC s Hill Street Blues as Ed Marinaro s girlfriend
* 1986 Stumbled on the big screen in Black Moon Rising and King Kong Lives
* 1987 Played the female lead of Catherine Chandler, an attorney who was attacked and nursed back to health by the leonine Vincent (Ron Perlman) in the cult hit CBS romantic drama Beauty and the Beast ; character was killed off in 1989 when the actress opted to leave the series; garnered an Emmy nomination for Outstanding Lead Actress in a Drama Series (1989)
* 1991 Reprised her signature role of Sarah Connor in Terminator 2: Judgment Day , again directed by Cameron
* 1995 Offered a strong turn as a widow infected with HIV who seeks to find a suitable home for her young son in the affecting TV-movie A Mother s Prayer (USA Network)
* 1997 Co-starred in the feature Dante s Peak
* 1998 With Alfred Molina, portrayed a married couple who shelter Jewish children at their boarding school during WWII in the Marie Taquet segment of Rescuers: Stories of Courage: Two Couples (Showtime)
* 2000 Played title part in L.A. stage production of Laura
* 2000 Portrayed a journalist whose life is altered after an encounter with a notorious Parisian madam in the Lifetime movie Sex & Mrs. X
* 2001 Co-starred with Treat Williams and Jonathan Jackson in Skeletons in the Closet
* 2001 Had featured role in the anthology film A Girl Thing (Showtime)
* 2005 Cast in Tom Arnold s feature screenwriting debut The Kid and I
* Became involved with acting as a child; worked with children s theater groups
* Played the young Elizabeth in an Actor s Studio production of Richard II
* Professional bow and TV acting debut on the daytime soap Search For Tomorrow in the late 1970s
* While in college, appeared with the Kent Players, a community theater in Maryland