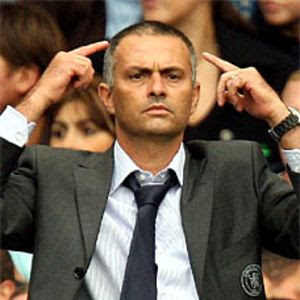 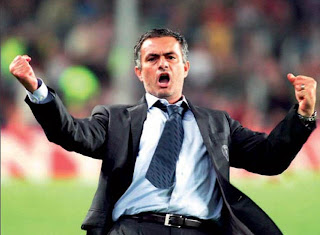 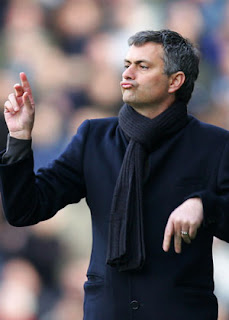 He was born in a football player's family because his father was the goalkeeper Felix Mourinho, who became later football manager. His mother Maria Jiºlia was a school teacher As a football player Jose wasn't very good and that's why his mother tried to make him a business man and directed him to business school.

Jose discovered about himself that he had a high capacity of organizing and managing and that's why he wanted to be a manger and went to ISEF - Instituto Superior de Educai§i£o Fi­sica (a physical education school at Lisbon which is today's Faculdade de Motricidade Humana of the Technical University of Lisbon).

After 1990 started to work as a manager and his first big step in this career was when he became the translator of one of the biggest managers Bobby Robson at Benfica Lisboa and Fc Porto.

In 1996 went with Robson at FC Barcelona where he started to learn Catalan. When Robson quit from Barcelona Mourinho remained there with the new manager, Louis van Gaal, a famous Dutch coach. He started his manager career at Uniao de Leiria and after this experience he became in January 2002 the head coach of FC Porto.

Here had the best result and won the championship for 2 times, the Portuguese Cup and in Europe the UEFA Cup when beat Celtic Glasgow in the final. In the next year FC Porto won the EUFA Champions League and after this he quit and signed for Abramovich's team Chelsea London.

Here had a lot of success and won the English title with Chelsea after a long time but didn't succeed to won again the UEFA Champions League, one of the great wishes of Abramovich. In 2007 was replaced by Avram Grant but he became one of the candidates for the chaur of National English team's manager.

- Height: 175cm
- Nicknames: Ze Mi¡rio and The Special One
- He is married from 1989 with Tami and has a son Jose Jr. and a daughter Matilde.
- He declared many times that he is a big fan of Manchester manager Sir Alex Ferguson.
- His trade mark is his Armani coat.
- He won the Champions League as assistant manager at FC Barcelona but didn't succeed as manager at Chelsea.

- "We have top players and, sorry if I'm arrogant, we have a top manager." -Jose Mourinho, presenting himself as Chelsea's new manager.

- "It's hard to keep up with my ego, but the players just have to live with it."

- "Football is a game about feelings and intelligence. Everybody can be smart. The trick is not believing the other's stupid."

- "Ferguson is right. Money does not guarantee success. I showed that last season when my Porto team beat Manchester United."