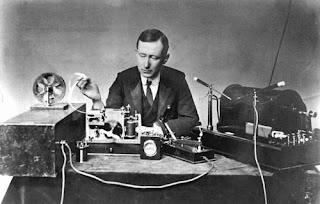 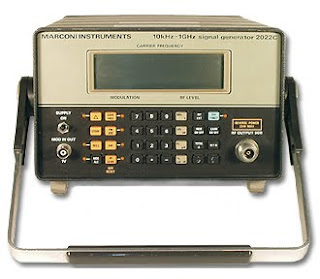 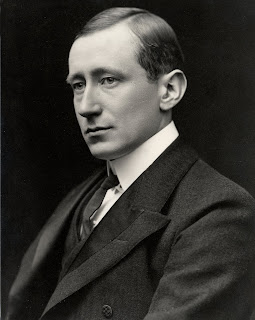 World Famous People - Guglielmo Marconi was an Irish-Italian inventor and entrepreneur who popularized wireless telegraphy early in the 20th century. One of the founding fathers of radio communication, Marconi got interested in 1894 in the electromagnetic wave experiments by H. R. Hertz. Working at his father's estate, Marconi devised a working receiver and in 1895 sent and received radio waves over greater and greater distances. When the Italian government showed little interest in his operation, Marconi went to England, where he founded his own wireless telegraph company in 1897. He was awarded a patent for "tuned or syntonic telegraphy" (patent no. 7777) and set about proving that wireless telegraphy could be a benefit to society as well as a profitable enterprise. By 1902 Marconi had established that wireless communication was possible even across the Atlantic Ocean, even though his claim of the first successful transatlantic signal (from England to Newfoundland, December of 1901) was never independently verified. For patents in the U.S., Marconi was in competition with Nikola Testa, who held the first patents until the United States Patent Office reversed itself in 1904 and gave Marconi credit for the radio. Marconi was from a well-connected family (his mother, Anne Jameson, was the granddaughter of the founder of the distillery that makes Jameson Irish whiskey) and was able to develop and finance an expansion of his businesses. During the first part of the 1900s his company patented several inventions, including what became the standard wireless receiver for many years. Marconi got rich and in 1909 shared the Nobel Prize for Physics (with Karl Ferdinand Braun).
An Italian patriot, Marconi served in the armed forces during World War I and directed Italy's radio service; after the war he was an Italian delegate to the 1919 Paris Peace Conference. During the 1920s he devoted his attention to short wave (microwave) communications (often working aboard his yacht Elettra) and became an active supporter and, later, member of Benito Mussolini's fascist government. Marconi was made a noble with the rank of marchese in 1929 and was given a state funeral after his death in 1937.
(born April 25, 1874, Bologna, Italy — died July 20, 1937, Rome) Italian physicist and inventor. He began experimenting with radio waves in 1894. In 1896 he went to England, where he developed a successful system of radio telegraphy. His work on the development of shortwave wireless communication constitutes the basis of nearly all modern radio broadcasting. His improved aerials greatly extended the range of radio signaling. In 1899 he established communication across the English Channel. In 1900 he established the American Marconi Co. In 1901 he sent signals across the Atlantic for the first time. He acquired numerous patents, though probably his most famous one, No. 7777, for an apparatus that enabled several stations to operate on different wavelengths without interference, was later overturned. Marconi shared the 1909 Nobel Prize for Physics with K. Ferdinand Braun (1850 – 1918). He was made a marquis and was nominated to the Italian Senate (1929), and he was elected president of the Royal Italian Academy (1930).