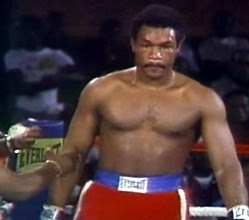 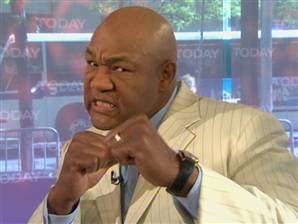 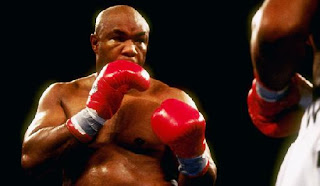 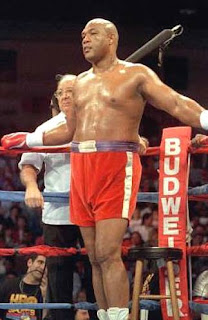 Foreman grew up in Houston, Texas, and learned to box in a U.S. Job Corps camp in Oregon. At the 1968 Olympic Games in Mexico City, he won the gold medal in the heavyweight boxing competition. The 6-foot 3-inch (1.9-metre), 218-pound (98.9-kg) Foreman first captured the professional heavyweight belt by knocking out Joe Frazier in two rounds at Kingston, Jamaica, on January 22, 1973. He had won all 40 of his professional bouts, including a sequence of 24 consecutive knockouts, when he fell to Muhammad Ali in eight rounds in the “Rumble in the Jungle” in Kinshasa, Zaire (now Congo), on October 30, 1974. He retired from the ring in 1977 and became an evangelist.

Foreman resumed professional boxing in 1987 at age 39 and found immediate success. Evidence later surfaced that Foreman's promoter, Bob Arum, had paid bribes to the International Boxing Federation (IBF) in order to manipulate the rankings and permit Foreman a chance at a title fight. Nevertheless, Foreman did very well when his chance at a title bout came. Despite his age and more than 30 additional pounds, Foreman remained a devastating puncher and captured the IBF and World Boxing Association (WBA) versions of the world heavyweight title by knocking out Michael Moorer in 10 rounds at Las Vegas, Nevada, on November 5, 1994. In March 1995 Foreman was stripped of his WBA title for refusing to fight their contender, and he resigned his IBF title in June 1995 rather than fight a rematch with IBF contender Axel Schultz. In 1997 Foreman retired from boxing again. He was inducted into the International Boxing Hall of Fame in 2003.

A colourful personality in the world of boxing, Foreman had great success as a television spokesperson for a number of products, including an eponymous home grill that was introduced in 1995; it earned him more money (and arguably more fame) than his boxing career.