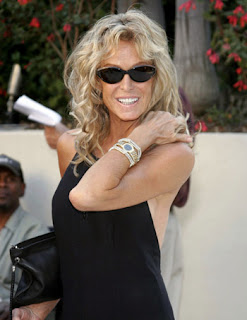 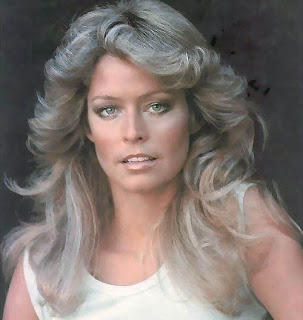 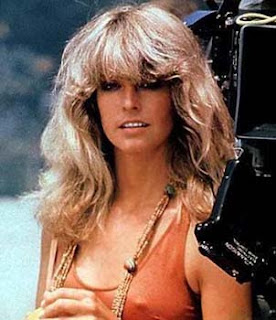 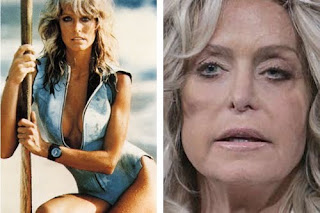 Farrah Fawcett (actress). Ferrah Leni Fawcett was born on February 2, 1947, in the coastal city of Corpus Christi, Texas. She was the second daughter of Pauline, a homemaker, and Jim Fawcett, an oil field contractor. She later changed her name to Farrah.

She attended John J. Pershing Middle School in Houston, Texas, a school which is now the magnet program for fine arts. From 1962-65, Fawcett attended W.B. Ray High School, where she held the title of "Most Beautiful Student" for all four years.

In the fall of 1965, Fawcett enrolled at The University of Texas at Austin, where she planned to major in microbiology and joined the Delta Delta Delta sorority. The following year, a celebrity publicist asked her to go to California to work as a model. Initially, her parents forbade her to go, however, in the summer of 1968 they conceded and accompanied Fawcett on her trip out west to Hollywood. Within two weeks of arriving, she landed a modeling contract. Immediately inundated with offers to star in TV commercials and print advertisements, Fawcett's plan to return to school fell by the wayside.

Fawcett remained in Hollywood and began a relationship with actor Lee Majors. The couple dated for five years before marrying on July 28, 1973. That same year, Majors began starring in his own hit TV series, The Six Million Dollar Man, in which Fawcett made several guest appearances.

During the show's first season, a poster of Fawcett dressed in a seemingly innocent red bathing suit sold 12 million copies. The image, which catapulted Fawcett to superstardom, epitomized her perfect combination of girl-next-door innocence and blonde bombshell sexuality. Furthermore, the layered hairstyle that she sported became such an overwhelming trend with American women that a Farrah Fawcett shampoo was launched.

Despite her overwhelming popularity, Fawcett didn't return for the second season of Charlie's Angels. Spelling, who wielded a large amount of power in Hollywood, sued the actress for breech of contract. Faced with a $7 million lawsuit, Fawcett settled out of court by agreeing to make periodic guest appearances on the show over the next few years.

Fawcett turned her attention toward film roles, appearing in Logan's Run (1976), Sunburn (1979), and Saturn 3 (1980), all of which performed poorly at the box office. The subsequent roles she was offered reflected the industry's doubts about her talent as a serious actress.

Although Fawcett was praised for her first dramatic television performance in the 1981 miniseries Murder in Texas, her appearance as a ditsy blonde in the film Cannonball Run (1981) was more typical of the scripts that came her way.


Fawcett and Majors separated in 1979 and divorced in 1982, ending their 9-year marriage. Fawcett began dating actor and notorious womanizer Ryan O'Neal. Fawcett and O'Neal had a son, Redmond, in 1985.

In 1984, Fawcett produced and starred in the made-for-TV movie The Burning Bed, which was a searing portrait of domestic violence. For her compelling performance as a woman driven to kill her husband after suffering for years under his physical abuse, Fawcett earned national recognition, as well as an Emmy nomination. Fawcett also won acclaim in the stage and a movie version of Extremities (1986), in which she played a rape victim who turns the tables on her attacker. In 1989, She then played a mother who shot her children in another miniseries, Small Sacrifices, receiving a second Emmy nomination. Her third Emmy nomination came in 2001 for her work in The Guardian.

After resisting any nudity in films or magazines for years, the 48-year-old actress posed topless in the December 1995 issue of Playboy magazine. The issue quickly became one of the most popular in the magazine's history, with over 4 million copies sold worldwide. Two years later, Fawcett once again graced the pages of Playboy. That same year, Fawcett played a significant role in the acclaimed religious drama The Apostle, opposite Robert Duvall, which introduced her to a new generation of moviegoers.

Although she was facing a successful reprise in popularity that year, Fawcett also faced some complications in her personal life. She and O'Neal split after more than 15 years together. Soon after their break-up, Fawcett and Hollywood director James Orr began dating. Rumors surfaced that Orr was unstable, and that their relationship was tumultuous. On June 5, 1997, Fawcett appeared incoherent during an interview on The Late Show with David Letterman. Her behavior on the show led many fans to speculate as to whether or not the actress was abusing drugs.

In January 1998, Orr was arrested for physically attacking Fawcett after she turned down his marriage proposal; he was later tried and convicted of assault and battery. She and O'Neal also started seeing each other on-and-off again and remained close. In 2000, she returned to film starring alongside Richard Gere and Helen Hunt in the Robert Altman comedy Dr. T and the Women (2000).

She was declared cancer free on her 60th birthday on February 2, 2007, but the good news was marred by an after-party fracas between Ryan O'Neal and his son, Griffin, in which Ryan allegedly threatened to use a gun. Prosecutors eventually declined to charge Ryan with assault with a deadly weapon.