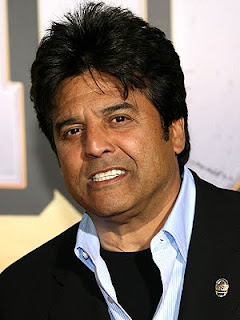 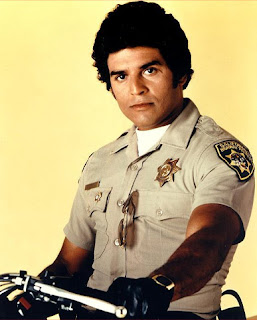 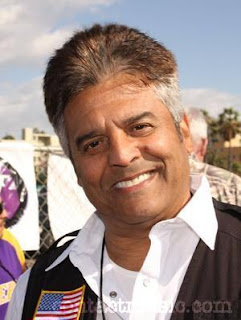 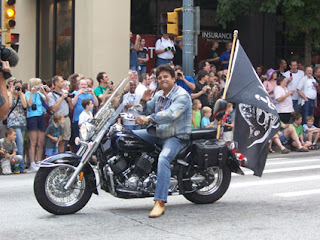 Erik Estrada is an actor, author. Born on March 16, 1949, in New York, New York. As Frank “Ponch” Poncherello on the police drama CHiPs, Erik Estrada became one of the most popular television stars of the late 1970s and early 1980s. He grew up in the Spanish Harlem neighborhood of New York City. After his parents split up when he was two, Estrada rarely saw his father. He lived with his mother, his siblings, and his grandfather.

Erik Estrada first started acting in high school as a member of the drama club. After graduation, he studied at the American Musical and Dramatic Academy. Estrada had his first big break in 1970’s The Cross and the Switchblade, playing Nicky, a gang leader, opposite Pat Boone who starred as a preacher seeking to convert two rival gangs to Christianity. Earning strong reviews for his performance, Estrada went on to play his first cop role as a rookie officer in The New Centurions (1972). Other roles followed in such films as Airport 1975, Trackdown (1976), and Midway (1976). Around this time, he also made many television guest appearances on such shows as Medical Center, Hawaii Five-O, and Baretta.

In September 1977, Estrada first appeared as Frank “Ponch” Poncherello on the new police show, CHiPs, which followed members of the California Highway Patrol. His partner on the show, Jon Baker, was played by Larry Wilcox, and the two had a rocky relationship during the series’ run. Initially Wilcox was intended to be the show’s star, but Estrada soon became the program’s most popular performer. This led to some tension behind the scenes.

At the time, Estrada was one of the few Latinos in a leading role on television. He was also considered to be one of the leading heartthrobs of the era as well, scoring a place on People magazine’s “10 Sexiest Bachelors in the World” list in 1979. Two years later, Estrada was involved in a contract dispute that led to him being replaced by athlete-turned-actor Bruce Jenner for a few episodes before a deal was reached.

Outside of the show, Estrada found time for other projects. He had a supporting role in the Vietnam era dramatic film The Line (1980) and starred and produced the television movie Honeyboy (1982), which brought him positive reviews.

After the show was cancelled in 1983, Estrada continued to act on television and in films, but these were largely forgettable projects. He went through a career renaissance in the early 1993 when he took a leading role in the telenovela Dos Mujeres, Un Camino, a Spanish-language soap opera. Estrada, who already knew some Spanish, had to take language classes for the project. Hugely popular in Mexico and other parts of the Spanish-speaking world, the series help revive his career and win him a new legion of fans.

Erik Estrada  wrote about his Hispanic heritage among other topics in his 1997 autobiography My Road from Harlem to Hollywood. The next year, he reunited with former co-star Larry Wilcox for the television film CHiPs ’99, which helped generate new interest in the original series. A new film adaptation of the series is reportedly in development with Wilmer Valderrama slated to play Ponch.

In addition to his on-camera performances, Estrada has done a lot of voice work for cartoons, including Maya & Miguel, JoJo’s Circus, and Sealab 2021. He also does a lot of public service work, serving as the face of D.A.R.E. (Drug Awareness Resistance Education) in 2000. Working with the California Highway Patrol, the real “CHiPs,” Estrada helped promote car seat safety.

Married three times, Estrada has two sons, Anthony Erik and Brandon Michael-Paul, from his second marriage to Peggy Rowe. He and third wife Nanette Mirkovich have been married since 1997 and have one child together, a daughter named Francesca. They live in California’s Hollywood Hills.