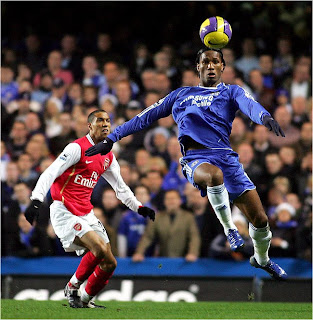 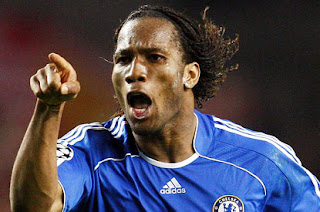 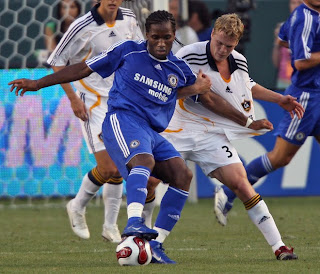 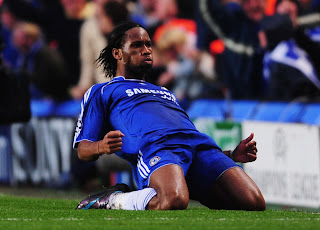 Born in Abidjan on 11 March 1978, Didier Drogba spent his childhood in his native Ivory Coast and his adopted country, France. ‘Tito’, as he was known to friends and family, first left the country of his birth at the age of five. He headed for Brest in Brittany, where his uncle, Michel Goba, was a professional footballer. Didier spent three years there with his uncle, living in Brest, Angoulême and Dunkerque, before returning home.

Following a downturn in economic conditions, he returned to live with his uncle in Dunkerque, though he continued to move around France as a youngster. It was at this time that he began to play football. In 1991 his parents also travelled to France, moving to Vannes and at the age of fifteen Didier signed for Levallois. At the time he was living with his cousin, Olivier Tebily, who now plays for Birmingham City. Drogba rose through the ranks at Levallois, playing for them in Ligue 2 aged 18.


Drogba signed for Le Mans in 1998 (aged 19), who at the time were also in Ligue 2. After achieving a professional contract, he had a respectable first season, scoring seven goals. His next two seasons were dogged by injury, though his potential was clearly noted by Guingamp, who signed him in 2002, taking him up to Ligue 1 (aged 24).

Didier spent one and a half seasons at Guingamp, scoring in his first game and repaying the manager's (Guy Lacombe) faith in him. In his only full season with the club, Didier scored seventeen goals and helped Guingamp finish seventh, a record high for them. This led to him signing for Olympique de Marseille, one of France's biggest clubs.