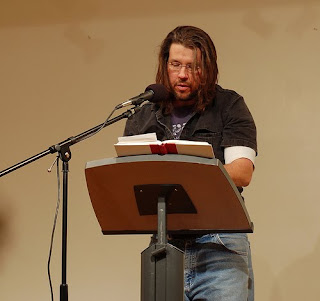 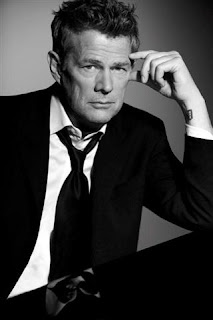 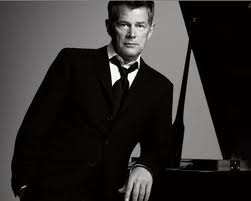 Although David Foster’s career in music began on a Canadian island, it would send him all over the world physically, as well all over the musical map, style-wise. His work in pop music spanned virtually every part of the musical spectrum – from performance to production to film scoring. While several projects would have to be considered career highlights for other musicians, Foster’s greatest achievement was not any one song, soundtrack or performance – it was the incredible breadth and depth of his success.

David Foster was born the only boy in a household of seven siblings on an island in Victoria, British Columbia on Nov. 1, 1949. As an adult, he married three times – first, to B.J. Cooke (from 1972-1980), with whom he had one child, (singer-songwriter) Amy Foster-Gillies; then to Rebecca Foster from (1982-86) with whom he had three daughters (including actress Sara Foster); and finally, to Linda Thompson, whom he married in 1991. While he and Thompson – who was famous in her own right as a former girlfriend of Elvis Presley and as Bruce Jenner’s ex-wife – had no children together, she had custody of her two sons by Jenner, Brandon and Brody (Thompson recently filed for divorce). This last family would later put Foster on the reality TV map – a first time departure from his first love of music.

This early musical knack placed him in classical piano lessons at age five. In the eleventh grade, he left school for the U.K. to further his burgeoning professional career, beginning with a stint playing keyboards in Chuck Berry’s band. In 1971, he returned to North America and became part of the Los Angeles-based band, Skylark. After their lone hit “Wildflower” cracked the top ten, Foster transitioned from respected session keyboard player into pop music producer extraordinaire. For the next few decades, he was involved in creating some of the most memorable pop songs of the eighties and nineties, whether as a writer, producer or both. In the course of his long, illustrious producing career, he would collaborate quite successfully with Toni Braxton, Chicago (and lead singer Peter Cetera), Celine Dion, Destiny’s Child, Madonna, Michael Jackson, John Lennon, Neil Diamond, Kenny Rogers, Diana Ross and Barbra Streisand among many, many others.

In the early eighties, Foster also began producing dozens of film scores and soundtracks. His broad range of work included the song “Glory of Love” (performed by Chicago’s Peter Cetera) for the “Karate Kid Part II “(1986) soundtrack and the “St. Elmo’s Fire” (1985) soundtrack, for which he served as a writer, producer and even, performer. His film score work continued steadily throughout the eighties and nineties (when he formed his own record label, 143), and into the new millennium. Some additional soundtrack credits included “The Secret of my Succe$s” (1987), “Dances With Wolves” (1990), “Space Jam” (1996), “I Still Know What You Did Last Summer” (1998), “Moulin Rouge” (2001), and “Troy” (2004).

By 2006, Foster had accumulated 42 Grammy nominations and 14 wins (including three “producer of the year” awards). He was also BMI’s Songwriter of the Year, a Golden Globe and Emmy winner and a three-time Oscar nominee for Best Original Song. Foster’s success and talents also provided him with a soapbox from which to speak out in favor of a variety of charitable causes. This philanthropic work earned him honors as an Officer of the Order of British Columbia and of The Order of Canada.

In 2005, Foster’s career took a strange turn into the twisted world of reality television. The show, entitled “The Princes of Malibu” (FOX, 2005), had a simple premise: Thompson’s spoiled sons had moved back home to the family’s compound and their wild partying had spiraled out of control. Stepfather Foster decided to set them straight. The real discipline, however, came from viewers, who hated the show, spurring its nearly immediate cancellation. Although his own show was far from the smash that Foster had hoped it would be, he did use its high profile status to appear in guest spots on “American Idol” (FOX, 2002- ), and “Nashville Star” (USA Network, 2003), successfully putting his name out there to a younger generation.