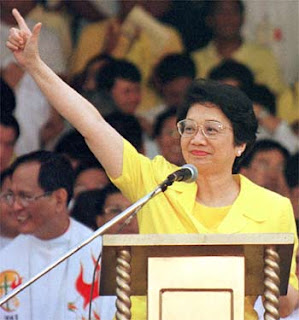 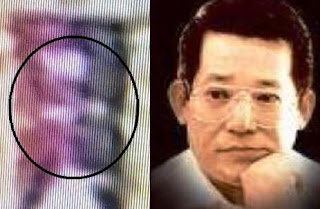 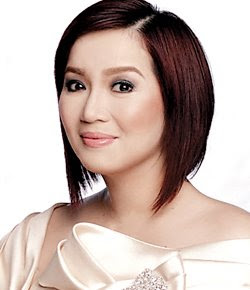 A self-proclaimed “plain housewife”, Aquino was married to Senator Benigno Aquino, Jr. (1932–1983), a leading figure in the political opposition against the autocratic rule of President Ferdinand Marcos. After her husband was assassinated upon his return from exile in the United States on August 21, 1983, Aquino, who had no prior political experience, became a focal point and unifying force of the opposition against Marcos. She was drafted to run against Marcos in the 1986 snap presidential elections. After Marcos was proclaimed the winner despite widespread reports of electoral fraud, Aquino was installed as President by the peaceful 1986 People Power Revolution.

WIC Biography of Corazon Aquino: President of the Republic of the Philippines since February 25, 1986, Corazon Cojuangco Aquino, has experienced praise and faced adversity with courage and directness.

Two and one half years after her husband’s assassination on August 21, 1983, this politically inexperienced homemaker and mother of four daughters and one son, took the reins of one of the world’s most volatile nations. What is even more impressive, she has maintained her power and fortitude despite several attempts to take away her leadership.

President Aquino’s awards and distinctions are numerous, some include: Woman of the Year, Time magazine, the Eleanor Roosevelt Human Rights Award, the United Nations Silver Medal, and the Canadian International Prize for Freedom.

It is with great pride that Women’s International Center honors the perseverance and dedication of Corazon Aquino with the International Leadership Living Legacy Award.