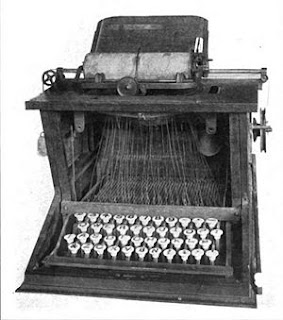 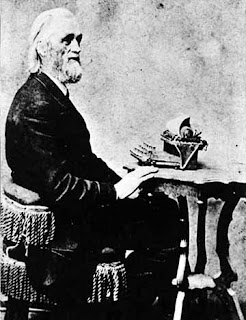 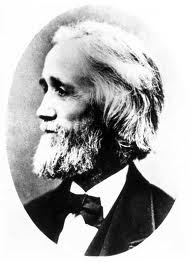 World Famous People - Christopher Sholes is known as the father of the typewriter. He was born on afarm in Mooresburg, Pennsylvania, on February 14, 1989. As a young man, Sholes served a four-year printing apprenticeship before moving with his parentsto Wisconsin. He went to work as a printer, then became editor of his brother's newspaper in Madison, Wisconsin, the Wisconsin Enquirer. After marrying in 1841, Sholes moved to Southport (now Kenosha), Wisconsin, and servedas editor of the Southport Telegraph for the next four years. He became a local postmaster and in the 1850s served in the state legislature. In 1860 he moved to Milwaukee, Wiscinsin, and returned to newspaper editing, whichhe quit once again when President Lincoln (1809-1865) appointed him collectorof the port of Milwaukee. Sholes found enough spare time to pursue his interest in inventing.
Having already designed a way to address newspapers mechanically for mailing,he began to work with a machinist friend, Samuel W. Soulé, on a paging machine, which they patented in 1864, and then on a machine that would automatically number the blank pages of a book. Alongside Soulé and Sholesin the same machine shop was Carlos Glidden, who was tinkering with his owndesign for a spading machine intended to replace the plow. Glidden struck upon the idea of adapting the numbering machine to print letters of the alphabetas well, and referred Sholes to a magazine article about a mechanical writerrecently invented in London, England.The suggestion fired Sholes's imagination, and he worked on typewriter designs for the rest of his life.
Initially, the three inventors built a working model of the first practical typewriter and patented it in 1868. Sholes worked on improvements to this early design for the next five years, securing several more patents, and sought financial backing to market the typewriter. He consulted with Thomas Edison, but Edison was interested only in a telegraphic printer. A businessman and former newspaper publisher, James Densmore, stepped in, offering to pay expensesin return for a share in the future profits. He also demanded specific improvements in the machine, wanting it lighter and easier to use. Meanwhile, Soulé and Glidden gave up their patent rights.
Finally, unable to market his invention, Sholes sold his patent rights to theRemington Arms company for $12,000. This proved to be all he would earn forhis invention of the typewriter. He continued to experiment with typewriter improvements, however, with the help of his two sons, and he shared his results with Remington. Sholes received his last typewriter patent in 1878. Havingsuffered with a delicate constitution all his life, Sholes developed tuberculosis in 1881 and died nine years later on February 17, 1890, in Milwaukee.