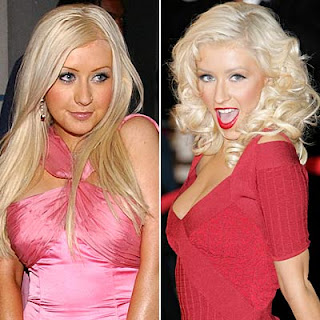 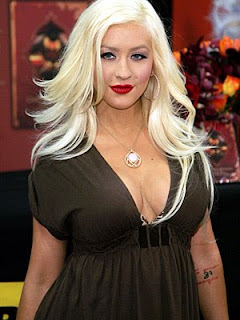 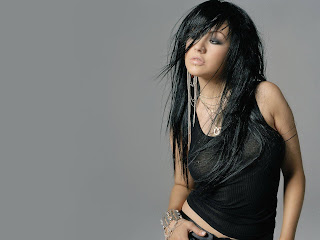 In the two years from the day that she burst onto the world musical landscape, Christina Aguilera has scored four #1 smash hit singles, watched sales of her chart-topping RCA debut album surpass the 12 million mark worldwide (23 million CDs and singles total sold to date), headlined the Super Bowl Half-Time Show, performed for the President, and to top it all off, took home two Grammys including one for Best New Artist, headlined a mammoth 2000 international tour, released a Spanish language album, and a holiday album of seasonal favorites. Christina Aguilera continues to provide evidence that she is the premier musical voice of her generation.

Christina first began performing at age six in school talent shows and became known as the 'little girl with a big voice.' At age eight, she appeared on the nationally syndicated 'Star Search,' using her runner-up winnings to buy a portable sound system so she could sing in the park. By the time she was 10, Christina was singing the National Anthem for the Pittsburgh Steelers and Penguins. And then, at twelve, she joined the ensemble cast of 'The New Mickey Mouse Club,' appearing on the Orlando-based show along with future stars Britney Spears, J.C. and Justin of 'N Sync, and Keri Russell of 'Felicity.' After two years, the show ended and Christina got the opportunity to travel overseas to further hone her musical skills. In 1997, Christina performed in places as far flung as Tokyo, Japan (where she released a single with Keizo Nakanishi called 'All I Wanna Do') and Brasov, Romania, but always with her eye on the same goal. 'I always wanted to have my own album recorded and released before I graduated high sc

In early 1998, after finishing some demos and shopping for a record deal, Christina auditioned to sing 'Reflection' for Disney's animated film 'Mulan.' The filmmakers needed someone 'who could hit a high E above middle C,' according to Christina, who then cut a one-take demo in her living room singing to a karaoke tape of Whitney Houston's 'I Wanna Run To You.' The demo was rushed to Disney, and within a day, Christina was in a Los Angeles studio recording 'Reflection.' That same week, RCA Records signed her to a record contract. 'Mulan' premiered in June 1998, and 'Reflection' turned into a Top 15 A/C single, with Christina performing it live on 'CBS This Morning' and the 'Donnie & Marie Show.' 'Working on the 'Mulan' project was so unbelievable,' Christina said in June 1998. 'I seriously thought I wouldn't get the job because the song was so difficult. It's so cool to hear your voice in a theater.' The single went on to garner a Golden Globe Nomination for Best Original Song in a Motion Picture and Christin


a the attention of some of the best writers and producers in the industry.

On her self-titled debut album for RCA, those writers and producers helped Christina showcase her special talents. 'I was thrilled to work with so many great writers and producers on my album," says Christina. 'What A Girl Wants' was produced by Guy Roche (Brandy, Cher, Dru Hill, Aaliyah, K-Ci & Jo Jo), 'Genie In A Bottle' was produced by ex-System member David Frank and Steve Kipner, and 'Blessed' was penned and produced by Travon Potts (co-writer of Monica's chart topping 'Angel of Mine'). Meanwhile, Carl Sturken and Evan Rogers ('N Sync, Boyzone, Brand New Heavies) contributed a pair of tracks, the soul-flavored 'Love For All Seasons' and the rousing 'Love Will Find A Way.' Christina is particularly proud of the album's ballads, such as the Matthew Wilder-produced 'Reflection,' and 'Obvious' written by newcomer Heather Holly, and of course, master tunesmith Diane Warren's smash 'I Turn To You.'

Christina Aguilera's breakthrough year in '99 began with her first #1 single 'Genie In A Bottle,' which stayed atop the charts for five consecutive weeks and rocketed the album to #1 upon its release in August 1999. The follow-up single 'What A Girl Wants' reached the coveted first Billboard Hot 100 #1 slot of 2000 (the first #1 hit of the new millenium) and helped to push the album into platinum territory many times over ('Come On Over Baby' became the third #1 from the album later in 2000).

Among other honors, along with stars like Jodie Foster and Aretha Franklin, Christina was named one of the most fascinating women of 1999 on the 'Ladies Home Journal' CBS-TV special earlier this year. Christina also won 1999's Best New Artist at this year's ALMA Awards, the annual event honoring the best in entertainment from the Hispanic-American community. She graced the covers of many national magazines, including Entertainment Weekly, Teen People and Latina and performed as a musical guest on 'Saturday Night Live,' 'The Tonight Show with Jay Leno,' 'The Rosie O'Donnell Show,' and was the only female guest performer on VHI's 'Men Strike Back.' She also performed on other TV specials such as 'The Essence Awards,' 'Disney Summer Jams,' and 'People Magazines's 25 Hottest Stars Under 25.'

Other highlights for Christina over 1999 included a duet with blues legend BB King and a solo performance of 'The Christmas Song' for President Clinton on TNT's 'Christmas at the White House' TV special. This led to the President asking Christina to sing the first song on his televised Millenium special from Washington. Christina had to decline due to a prior commitment to perform from Times Square in New York on MTV's New Year's Eve broadcast.Christina's amazing new year of 2000 began with a great duet performance with Enrique Iglesias at the Super Bowl Half Time Show which also featured Phil Collins and Toni Braxton.

What made all her commercial success so much sweeter, were Christina's two Grammy nominations for Best New Artist and Best Female Pop Vocal performance. In February 2000, Christina's incredible ride to the top reached new heights as Sheryl Crow, Melissa Etheridge and Sara McLaughlan announced that the Grammy for Best New Artist goes to - Christina Aguilera! 'It was an incredible shock for me,' Christina recalls of that amazing night. 'I was completely unprepared. My album had been out the least amount of time compared to everyone else, so I thought there was no way I'd win. But I was overwhelmed, shocked and overjoyed all at the same time.'

As for her national summer 2000 tour, co-sponsored by Sears and Levi's, Christina was equally enthusiastic. 'It was exciting to take my full band and my dancers out on the road,' she says, 'and giving the show an edgy, theatrical vibe. I was in on all the creative aspects of planning the show, of covering new ground, doing more blues, soul, and some spectacular choreography.'

Christina recorded a Spanish language album 'Mi Reflejo' released in fall 2000 and a seasonal album ready in time for the holidays. Said Christina, 'I've always been proud of my Ecuadoran heritage. Recording a Spanish album and working with a great producer like Rudy Perez, gave me a chance to explore my Latin side.' As for the Christmas album, Christina was excited about performing with a 70-piece orchestra and the opportunity to record both new and traditional holiday tracks. 'I did a duet with Dr. John on 'Merry Christmas Baby,' she notes, 'and several new pop Christmas songs with a real R&B edge.'

In March 2001, Christina collaborated with Ricky Martin on 'Nobody Wants To Be Lonely' that peaked at number 11 on Billboard charts, and became a worldwide international hit.

Christina also proved that she can work with other divas, as she did in the remake of 'Lady Marmalade,' from the 'Moulin Rouge' soundtrack which spent five weeks at #1. Teamed with Pink, Mya and Lil' Kim, their video took home the 2001 MTV Video Award for 'Best Video of the Year' (among many awards the record received). She also appeared on the All-Star Tribute remake of Marvin Gaye's 'What's Going On?,' with a star-studded cast including Bono and Nelly Furtado. She capped off an amazing 2001 by winning her second Grammy for Best Female Pop Vocal Album for 'Mi Reflejo.'

Billboard Magazine recently wrote about her great prospects for a long future:

'Christina Aguilera's much anticipated sophomore album is likely to be a hit with the critics and crowds alike. Boasting an edgier sound and self-written lyrics, this CD should end comparisons between Aguilera and bubblegum queen Britney Spears.

It's been two years since the release of Aguilera's self-titled debut disc - which was home to #1 hits like 'Genie In A Bottle,' 'What A Girl Wants' and 'Come On Over Baby.' This former Mousketeer has risen to a Grammy-winning, multi-platinum pop powerhouse.

In the time since her entrance into the music world, Aguilera has proven successful in both the English and Latin fields. Aguilera has worked with some of the biggest names in the industry including BB King, Brian McKnight, Sting, Ricky Martin and most recently Pink, Mya and Lil Kim on their #1 smash 'Lady Marmalade.' Not bad for a 20-year old.

The outlook is very good for her newest record. She has expanded her horizons musically and gained new and excited fans. There's nowhere for this young and talented beauty to go except up.'

With fans ranging beyond the teen market, Christina has shown that this 'Genie in a Bottle' has been released - and is soaring.

'This (new) record is extremely personal,' Christina recently told Time magazine. 'It's so personal that I feel like people from my past will say 'Oh my God, she's singing this to me.' I have a lot of things to say and a lot of things to let out of me. I feel like I was very confined in that first record to be very pop-driven. I want to be a poet and have a chance to explore that and let people know what's really on my mind.'

Over all, Christina Aguilera is as overwhelmed as she is thrilled by her enormous success, but she remains reflective and grateful. 'It's been quite a roller-coaster ride,' she laughs, 'But I think I've grown and learned a lot about myself. In this business, it's often all about hype, record sales, and a crazy schedule of traveling, performances, and it can be easy to get lost in all that. But for me, the greatest thing is being able to interact with fans and touch peoples' lives. I know that's a greater accomplishment than selling records. For that I give thanks. I simply love the job I'm doing.'