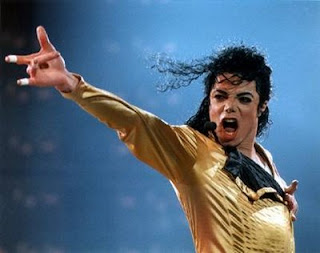 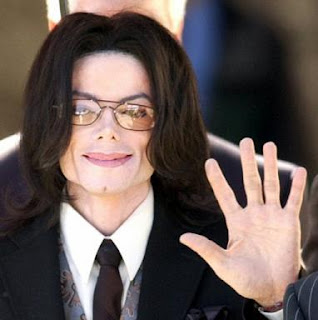 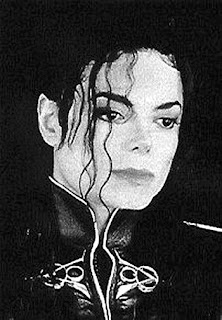 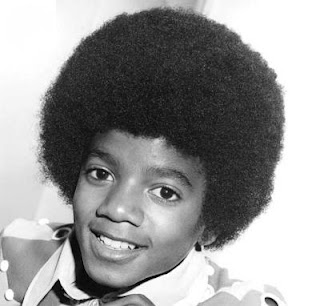 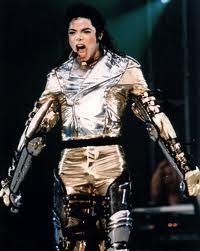 The Bio History of Michael Joseph Jackson (Michael Jackson) began when he was born on the 29th of August 1958 in Gary, Indiana. He was the 7th of nine children. (brothers: Sigmund "Jackie", Toriano "Tito", Jermaine, Marlon, Steven "Randy", and sisters Rebbie, Janet and La-Toya Jackson.

Michael began his musical career at the age of 5 as the lead singer of the Jackson 5 who formed in 1964. In these early years the Jackson 5, Jackie, Jermaine, Tito, Marlon and lead singer Michael played local clubs and bars in Gary Indiana and moving further afield as there talents grew and they could compete in bigger competitions. From these early days Michael would be at the same clubs as big talented stars of there days, such as Jackie Wilson and would be learning from them even back then.


In 1968 the Bobby Taylor and The Vancouvers discovered the Jackson five and from there they got an audition for Berry Gordy of Motown Records. The Jackson 5 signed for Motown and moved to California. Their first 4 singles, "I Want You Back", "ABC", "The Love You Save", and "I'll Be There" all made US No1 hits. The Jackson 5 recorded 14 albums and Michael recorded 4 solo albums with Motown.

The Jackson 5 stayed with Motown until 1976, wanting more artistic freedom they felt they had to move on and signed up with Epic. The group name Jackson 5 had to be changed as it was owned by Motown, so they reverted to The Jacksons as they had be known in the early days. Brother Jermaine married Berry Gordy's daughter and stayed with Motown. Youngest brother Randy joined in his place. The Jacksons had a number of hit records and in total made 6 albums between the years of 1976 and 1984.

In 1977 Michael made his first film debut when he starred in the musical 'The Wiz' playing Scarecrow with Diana Ross in the lead role of Dorothy. It was at this time Michael met Quincy Jones who was doing the score for the film.

Michael teamed up with Quincey Jones as his producer for his first solo album with Epic Records. The album titled "Off The Wall" was a big success around the world and the first ever album to release a record breaking 4 No1 singles in the US.

In 1982 Michael Jackson released the world's largest selling album of all time, 'Thriller'. This album produced 7 hit singles, breaking yet again more records, and went on to sell over 50 million copies worldwide. Michael was keen to use music video or short films as he called them to promote his singles from the album. He worked with the best directors and producers, using the latest technology and special effects for the hit song 'Billie Jean' The short film 'Thriller' used the latest make-up artists technolgy combined with fantastic dancing and cherography, to produce a 14 minute video, with a start, a middle and an ending. So successful was this video that 'The Making Of Michael Jackson's Thriller' became the world's largest selling home video combined with soaring album sales. In 1983 Michael performed the now legendary moonwalk for the first time on the 'Motown 25 years' anniversary show. This performance alone set Michael undoubtable into the realm of a superstar.

In 1984 Michael won a record breaking 8 Grammy awards in one night. The awards were for his work on the 'Thriller' album and his work on the narrative for the 'ET Storybook'.

On December 9th 1984 at the last concert of the Jackson's Victory Tour, Michael announced he was splitting from the group and going solo.

In 1987 Michael released his much awaited third solo album, titled 'Bad', and lauched his record breaking first solo world tour. 1988, Michael wrote his first autobiography, Moonwalk, talking for the first time on his childhood and his career. At the end of the 1980s Michael was named 'Artist Of The Decade' for his success off of his 'Thriller' and 'Bad' albums.

In 1991 Michael signed with Sony Music the largest ever recording contract and released his fourth solo album, 'Dangerous'. He toured world again in 1992, taking his concerts to countries that had never before been visited by a pop/rock artist. Also Michael founded the 'Heal the World Foundation' to help improve the lives of children across the world.

In 1994 Michael married Lisa Marie Presley, daughter of rock legend Elvis Presley. The marriage only lasted for 19 months, as they divorced in 1996.

1995 saw Michael release a fifth solo album, 'HIStory', which was a double album, first half new material and second half half greatest hits. Michael toured again over a legs covering a 2 year period. In between legs of the tour on November 14th 1996, Michael married for his second time to Debbie Rowe who was a nurse that Michael had met in the treatment of his skin pigment disorder. Together they had their first child Prince Michael Joseph Jackson jr born on February 13 1997 and a daughter Paris Michael Katherine Jackson born on April 3rd 1998.

In 1997 Michael released the remix album 'Blood On The Dance Floor' which also contained 5 new song linked with a 38min film "Ghosts". This film Michael played 5 roles using the latest special effects and make-up artistry, combined with his dance and music.


In September, 2001 Michael celebrated his 30th anniversary as a solo artist with two concerts to be held in New York, USA. Many artists such as Whitney Houston, Usher, Destinys Child, Shaggy and many more performed there own and Michael Jacksons past songs. Michael then reunited with all of his brothers and performed there biggest hits. Michael then went onto perform solo some of his biggest hits.

In October 2001 Michael released the album 'Invincible' releasing only 2 singles including the big hit "You Rock My World". Shortly after the albums release there were rumours of a rift with Sony Music and a clear lack of promotion of the album. The second single "Cry" was released with a very poor music video which did not feature Michael and no other singles were released.

In November 2003 a new single "One More Chance" was released as a single and was also a track on new compilaition album "Number Ones".

In March 2009, Michael annouced a shock comeback tour at the O2 Arena in London to start in July 2009, intially for 10 dates but the total grew to a sold out 50 dates with over 750,000 tickets sold. All sold tickets sold out within minutes of being released.

On June 25th 2009 Michael Jackson died suddenly of a reported cardiac arrest. He was 50 years old.