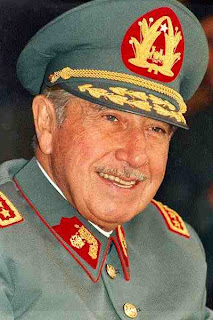 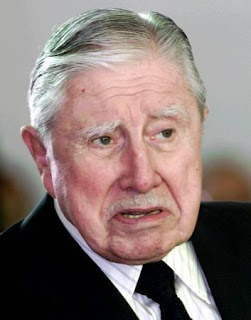 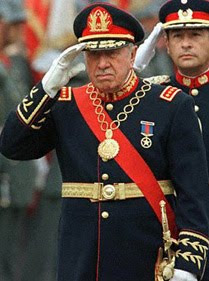 Augusto Pinochet was a career army officer and military dictator of Chile from 1973 to 1990. His years in power were marked by inflation, poverty and the ruthless repression of opposition leaders. Pinochet was also involved in Operation Condor, a co-operative effort on the part of several South American governments to do away with leftist opposition leaders, often by means of murder. Several years after stepping down, he was charged with several war crimes relating to his time as President, but he died in 2006 before he could be convicted of anything.
Pinochet’s Early Life:
Augusto José Ramón Pinochet Ugarte was born on November 25, 1915 in Valparaiso, Chile, to descendents of French settlers who had come to Chile more than a century before. He was the eldest of six children, his father a middle-class government worker. He entered military school when he turned 18, and graduated as a Sub-Lieutenant in four years.
Military Career:
Pinochet rose quickly in rank, in spite of the fact that Chile was not at war. In fact, Pinochet never saw any action in combat during his entire military career: the closest he would come was as commander of a detention camp for Chilean communists. Pinochet became an intellectual, lecturing at the War Academy for periods of time and authoring five different books on politics and warfare. By 1968 he had been promoted to Brigadier General.
Pinochet and Allende:
In 1948, Pinochet met Salvador Allende, a young Chilean senator. A socialist, Allende had come to visit the concentration camp run by Pinochet where many Chilean communists were held. In 1970, Allende was elected president, and he promoted Pinochet to commander of the Santiago garrison. Over the next three years, Pinochet proved invaluable to Allende, helping put down opposition to Allende’s economic policies, which were devastating the nation’s economy. Allende promoted Pinochet to commander-in-chief of all Chilean armed forces on August 23, 1973.
The Coup of 1973:
Allende was wrong to trust Pinochet. With the people in the streets and the economy in shambles, the military made a move to take over the government. Less than 20 days after he was made commander-in-chief of the army, Pinochet ordered his troops to take Santiago and ordered an air strike on the presidential palace. Allende died defending the palace, and Pinochet was made part of a four-man ruling junta led by the commanders of the army, air force, police and navy. Later he would seize absolute power for himself.
Operation Condor:
Pinochet and Chile were heavily involved in Operation Condor, which was a collaborative effort among the governments of Chile, Argentina, Brazil, Bolivia, Paraguay and Uruguay to control leftist dissidents such as the MIR and the Tupamaros. It consisted of a series of kidnappings, disappearances and assassinations of prominent opponents of the right-wing regimes in the listed countries. The Chilean DINA (Dirección de Intelegencia Nacional), a secret police force, was one of the driving forces of Operation Condor. It is unknown how many people were killed, but most estimates range well into the thousands.
The Economy Under Pinochet:
Pinochet’s team of US-educated economists, known as “the Chicago Boys,” advocated lower taxes, the selling off of state-run businesses and encouraging foreign investment. These reforms led to a sustained growth, prompting the phrase “The Miracle of Chile.” However, these reforms also led to a decline in wages and a spike in unemployment.
Pinochet Steps Down:
In 1988, a nationwide referendum on Pinochet resulted in a majority of the people voting to deny him another term as president. Elections were therefore held in 1989, and the opposition candidate won, although Pinochet’s supporters continued to hold enough influence in the Chilean Parliament to block many new reforms. Pinochet stepped down as President in 1990, although as an ex-President he remained a Senator-for-life and kept his position as commander-in-chief of the armed forces.
Legal Troubles:
Pinochet may have been out of the limelight, but the victims of Operation Condor did not forget about him. In October of 1998, he was visiting the United Kingdom for medical reasons. Seizing upon his presence in a country with extradition, his opponents brought charges against him in a Spanish court. He was charged with several counts of murder, torture and unlawful kidnapping. The charges were dismissed in 2002, on the grounds that Pinochet, by then in his late 70’s, was unfit to stand trial. Further charges were brought in 2006, but Pinochet died before they could proceed.
Legacy:

Many Chileans are divided on the topic of their former dictator. Some see him as a savior, who “rescued” them from the socialism of Allende and who did what had to be done in a turbulent time to prevent anarchy and communism. They point to the growth of the economy under Pinochet and claim that he was a patriot who loved his country. Others say he was a ruthless despot who was directly responsible for thousands of murders, most for no more than thought crimes. They believe that his economic success is not all it seems, as unemployment was high and wages were low during his rule.

Whether you love him or hate him, it is undeniable that Pinochet was one of the most important figures of the twentieth century in South America. His involvement in Operation Condor made him the poster boy for violent dictatorship, and his actions led many in his country to never trust their government again. Later in life, the fact that human rights charges were brought against him shows clearly that times are changing in the world: tomorrow’s dictators may tread more lightly, knowing that they will be held accountable for their actions in international courts.