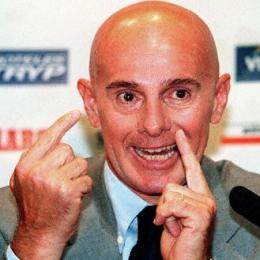 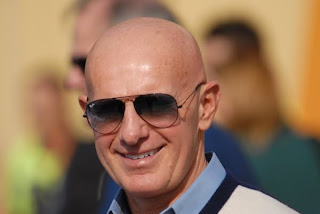 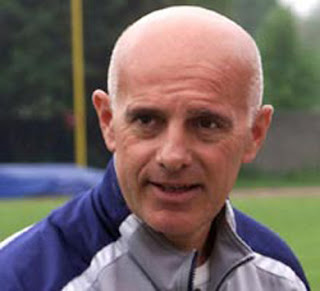 Arrigo Sacchi (born 1 April 1946 in Fusignano ) is an Italian football coach, the former head coach of the Italy national football team (1991-1996), and twice manager of A.C. Milan (1987-1991, 1996-1997). He is widely considered as one of the greatest football managers of all time for his achievements with A.C. Milan. Sacchi never played football professionally, and before becoming a coach he was a shoe salesman. [ citation needed ] Sacchi had grown up watching attacking sides, such as Honved, Real Madrid, Brazil and Holland. This meant that his coaching style would be set aside from the defensive mentality of Italy at the time. He started his career managing his local club, Baracco Luco, because he wasn't good enough to play for them. He did have trouble winning them over, however. Sacchi said I was twenty-six, my goalkeeper was thirty-nine and my centre-forward was thirty-two. I had to win them over. He then moved on to Bellaria before joining A.C. Cesena, who were in the Serie B. He worked here with the youth team. He then took over at Rimini who were playing in the Serie C1, and almost lead them to a title. He got his breakthrough when he moved to Fiorentina as a youth coach. His achievements with the youth team earned interest from Parma F.C. who were in Serie C1. He got Parma promoted in his first season, and the following season took them to within 3 points of the Serie A, narrowly missing out on promotion. However, the importance of his time at Parma was due to the Coppa Italia. In the group stages, he beat Milan 1-0 and beat them again 1-0 on aggregate in the first knockout round. This was enough to attract interest from Silvio Berlusconi, owner of A.C. Milan. He appointed Arrigo Sacchi as manager.