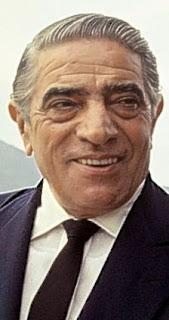 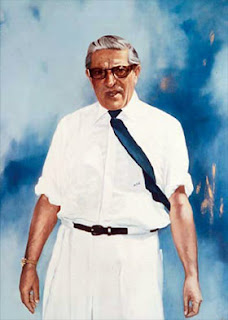 Aristotle Onassis was born in Smyrna in Turkey on January 1, 1906. His father was Socrates Onassis and his mother Penelope Onassis. His father had been a profitable trader whose main specialty was tobacco.

From an early age, young Aristotle had to face some tough life challenges. The first of these were his mother Penelope, which resulted in personal loss and a sense of rebellion in Ari, as he came to be called. The next big challenge was when the Turks invaded Smyrna and the family had to flee. His father was captured, but Ari devised a way to get his father released.

After this episode, Ari felt a sense of disillusionment in Europe and headed for the new world and Argentina. There he started to work as a telephone switchboard operator. This allowed him to listen in on conversations and learn the language. He especially liked to listen in to some calls between Argentina and New York. One of these yielded an attractive deal where he made some money speculatively.

Ari saw an opportunity to import some of his father's tobacco products and promptly organized it into a profitable business. When Greece would later change their export regulations, Ari would become a consul for Greece in Argentina (aka. a spy) so that he could continue the business without the additional taxes and duties.

It was during his time in Argentina that Ari started to build his fleet. His first purchase was six ships from a Canadian shipping company during the Great Depression at scrap metal prices. During these ships' first commercial voyage, Ari had to come up with the idea of changing the flag of a ship to a convenience flag.

While the Second World War resulted in some of his ships being held in neutral European ports, it was not all bad for him. For after the war, Ari made some significant purchases of old ships from the US Navy by registering a US Corporation to purchase it.

Ari was a man that had a keen business sense and could finely balance all the different parts of a deal. None illustrate this better than how he handled the Saudi Arabian oil deal (purpose was to transport the oil as that was where the money were to be made) on which the big four oil companies had a monopoly. His shrewd intervention in politics (buying of officials) resulted in the contract being awarded to him. When the other companies complained, they were told "but that's the way we do business over here."

Ari's personal life was a story of glitz and glamour as well. He always had a beautiful woman on his arms. If it weren't his wife, Tina (whom he strategically married to enter the shipping elite), it was Maria Callas and later even the former wife of John F Kennedy, Jackie Kennedy.

When his son, Alexander, died before him in a plane crash in 1973, Ari was devastated. Alexander was buried on the family island Skorpios near Greece. Not long after that, Aristotle Onassis finally surrendered to death on March 15, 1975. Most of the shares in his companies he left to the Alexander Onassis Foundation. His grand daughter, Athina Roussel, remains one of the richest youngsters in the world through the legacy left by him. Thus, even after death, the legend of Aristotle Onassis lives on.