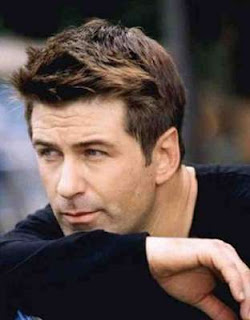 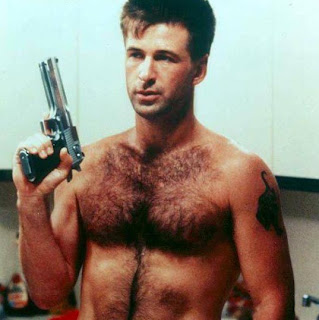 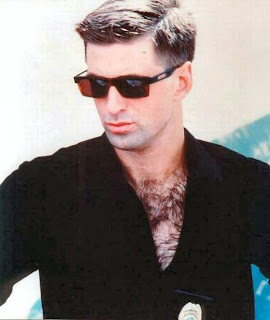 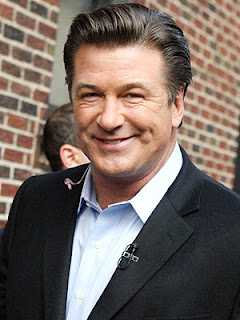 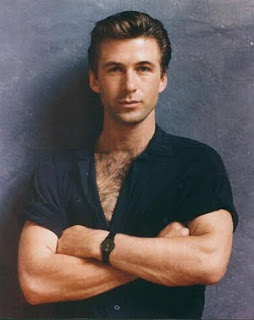 World Famous People - Alec Baldwin is an actor. Born Alexander Rae Baldwin III, on April 3, 1958, in Amityville, New York, the second of six children of a football coach and a social studies teacher. He grew up in Massapequa a suburb of Long Island, New York. His brothers Daniel, William, and Stephen are also actors.
Baldwin majored in political science at George Washington University, intending to go to law school. However, his childhood love for acting resurfaced in college, resulting in a move to Manhattan. He then enrolled in New York University's drama department under the tutelage of the venerable acting coach Lee Strasberg.

Baldwin's career started on television. He landed a role on the NBC soap opera, The Doctors (1980-82). He soon moved to prime-time TV as a co-star in the series Cutter to Houston, and as Joshua Rush in the nighttime soap opera, Knots Landing (1984-85).

His Broadway debut was in Joe Orton's black comedy, Loot (1986), which won Baldwin a Theatre World Award. This was followed by a role in Caryl Churchill's hit comedy, Serious Money (1987). He starred off-Broadway in a sold-out engagement of Prelude to a Kiss, receiving an Obie Award as Best Actor in 1991. He would reprise this role on screen in 1992.

Baldwin then appeared as Stanley Kowalski in the revival of Tennessee Williams'A Streetcar Named Desire (1992), earning a Tony nomination for Best Actor. He later appeared in the 1995 version of the play on CBS, which co-starred Jessica Lange, John Goodman and Diane Lane.

Baldwin's inauspicious film debut was in the movie Forever Lulu (1987) with Deborah Harry and Dr. Ruth Westheimer. Subsequent film highlights include Tim Burton's offbeat comedy Beetlejuice (1988), Jonathan Demme's Married to the Mob (1988) with Michelle Pfeiffer, Oliver Stone's Talk Radio(1988), Mike Nichols' Working Girl (1988), as Jimmy Swaggart in Great Balls of Fire (1989), starring roles in Miami Blues(1990) and The Hunt For Red October (1990). He was also part of the all-star ensemble cast in David Mamet's Glengarry Glen Ross (1992), sarred in Prelude to a Kiss (1992), The Shadow (1994) and an unbilled cameo in 1999's Notting Hill, with Julia Roberts and Hugh Grant.

In 1998, Baldwin went back to the stage, appearing in Shakespeare's Hamlet with co-star Angela Bassett, at the Joseph Papp Public Theater in New York City. He returned to the big screen in the 1998 thriller Mercury Rising and the 1999 comedy Outside Providence. In 2003, Baldwin signed on to co-star in Aviator, a Howard Hughes biopic starring Leonardo DiCaprio. In 2004, Balwin starred in the quirky Along Came Polly with Ben Stiller and Jennifer Aniston.

Currently Alec Baldwin stars in the popular NCB television sitcom 30 Rock with co-star Tina Fey, which debuted in the fall of 2006. Since the show's inception, Baldwin has received numerous awards for his role in the sitcom, including two Golden Globes and two Screen Actors Guild Awards and an Emmy. Baldwin has also begun work behind the cameras on 30 Rock,working as a producer of the show.

Off screen, Baldwin is an outspoken activist for People for the Ethical Treatment of Animals (PETA), as well as a contributor to community theater organizations, including the Bay Street Theatre Festival in Sag Harbor and the Circle Rep Theatre in New York. Baldwin is also on the board of directors of The Creative Coalition, People for the American Way, City Centre of New York and The Drama League of New York.
Baldwin married actress Kim Basinger in 1993 and the couple has one daughter, Ireland Eliesse. In January 2001, after seven years of marriage, Basinger filed for divorce. Since then there have been allegations of abuse and alcoholism, and a vicious custody battle over the couple's daughter.

In their 2004 divorce trial, Baldwin was awarded joint legal custody of his daughter. In May 2007, however, the courts briefly revoked his visitation rights when his 11-year-old daughter publicized an expletive-strewn phone message he left to her in April of that year.

In 2008, Baldwin published the book A Promise to Ourselves, which documented his battle to retain custody and visitation for his daughter. In the book, he revealed that he had spent millions in travel, bought a home close to Basinger, and taken a break in his career in order to be near his daughter. As a result, his frustration leaked into a court-appointed phone call to his daughter, in which she didn't answer. In 2009, he told Playboy magazine that he had contemplated suicide over the voicemail incident, but thought better of it. He is currently residing in both New York and Los Angeles in order to be close to work and family.
© 2009 A&E Television Networks. All Rights Reserved.